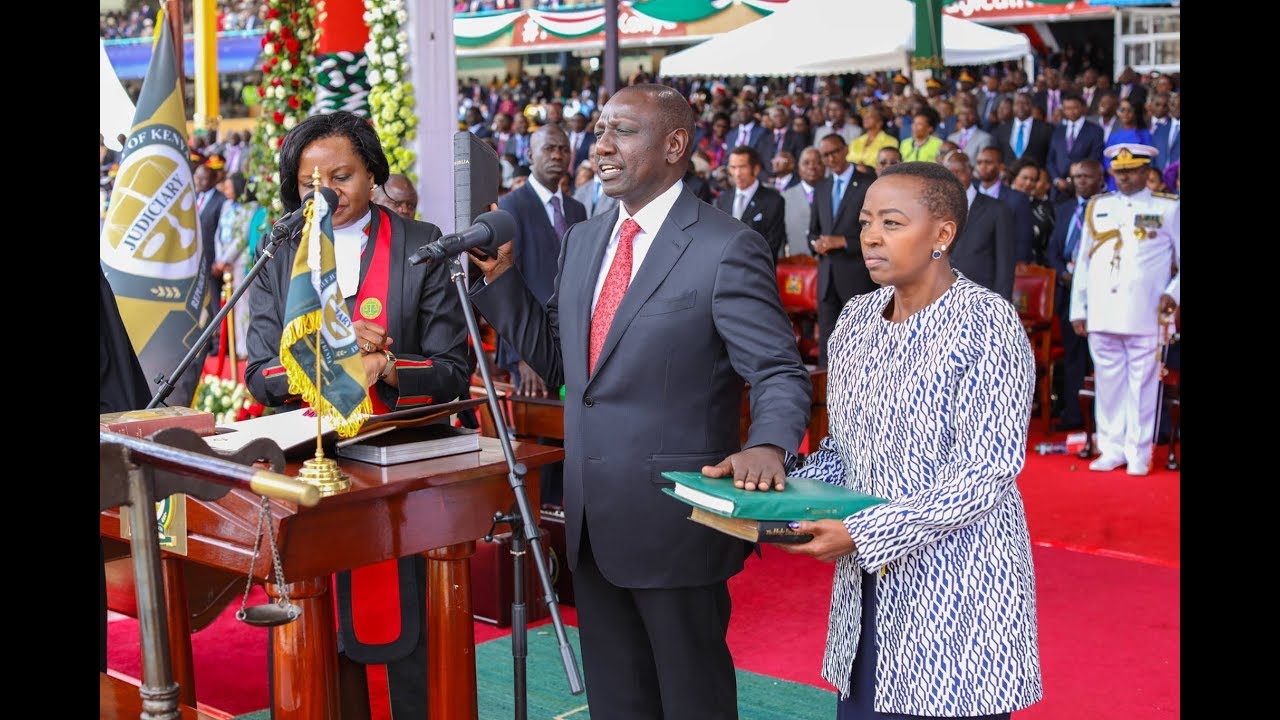 The Kenya Kwanza Alliance leader, who has served as President Uhuru Kenyatta’s deputy for 10 years, was sworn into office in a colourful ceremony held at the Kasarani stadium.

The oath of office was administered by the Chief Registrar of the Judiciary Anne Amadi at 12:45 pm before Kenya’s Chief Justice Martha Koome, in line with the provisions of the constitution.

The event was witnessed by President Kenyatta and at least 20 heads of state across Africa.

Shortly after the swearing-in ceremony, Uhuru handed over the instruments of power to the new Head of State.

The instruments of power include the Kenyan constitution and the presidential ceremonial sword.

Ruto, 55, defeated long-serving opposition leader Raila Odinga and three others in the polls conducted on August 9, 2022.

Raila challenged Ruto’s election at the Supreme Court but the case was dismissed on September 5, paving way for Ruto’s swearing-in.