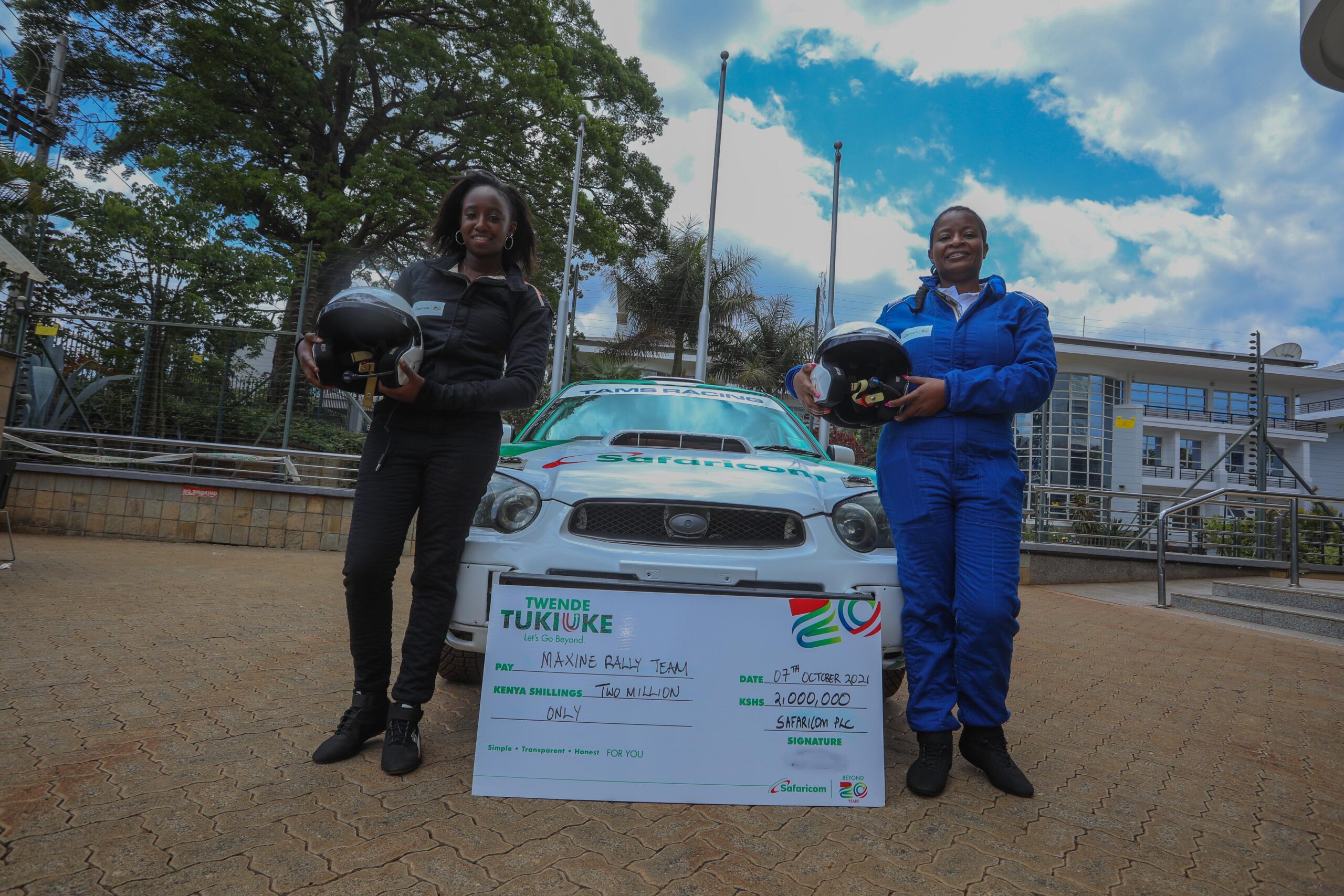 Safaricom has announced an extension of their sponsorship for rally driver Maxine Wahome with an additional KES. 2 million.

The sponsorship will cater for the remaining rounds of the Kenya National Rally Championship (KNRC) and autocross competitions. In August, the telco had also sponsored Maxine during the Voi edition of the KNRC.

“We are thrilled to be increasing Maxine’s sponsorship for the season’s remaining events. Her progress and competitive edge in the Voi, Machakos and Ramisi editions of the national rally championship made her stand out and we are proud she has broken barriers in a sport where women’s participation has been low. I believe she can usher in a new generation of women who will take motorsports to new heights,” said Safaricom CEO, Peter Ndegwa.

Maxine, popularly known as the “riding queen’ for her prowess in the motorsport, has successfully participated in this year’s national rally and autocross events. This includes the WRC Safari Rally, Voi Rally, Machakos Rally and autocross events in Mombasa and Nairobi. Her most recent outing was the Ramisi Rally which saw her record impressive results after finishing top in the second division.

“We are extremely pleased that Safaricom has once again come on board to support us which shows the confidence they have in our potential and in motorsports in general. I’m looking forward to completing the remaining three rounds of the KNRC and Autocross championships”, said Maxine.

Maxine made her rallying debut in the World Rally Championship Safari Rally this year in a Subaru Impreza.