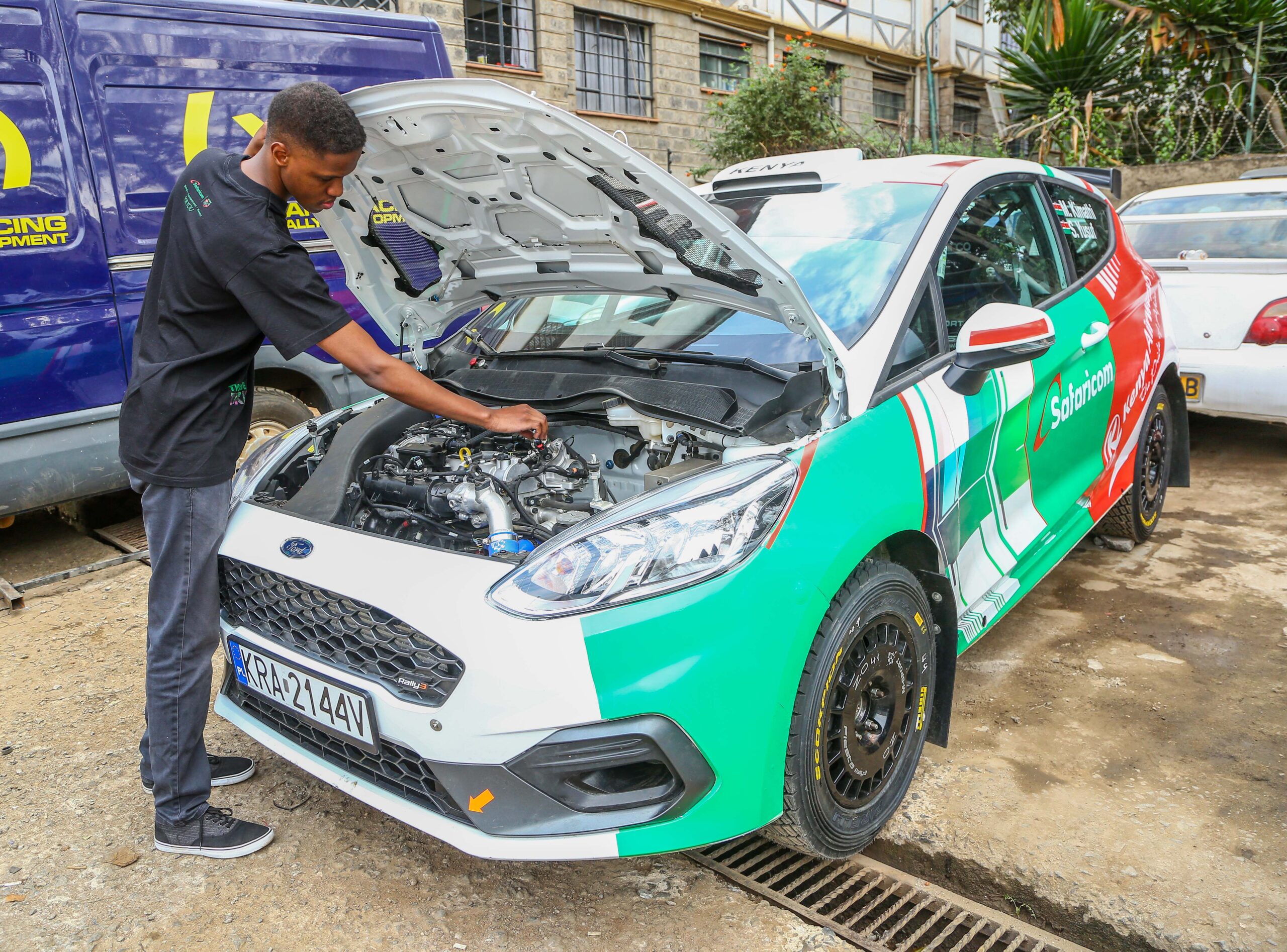 Kenya’s FIA rally stars Hamza Anwar, McRae Kimathi and Jeremy Wahome are scheduled to participate in the 3rd round of the African Rally Championship (ARC) that zooms off on Friday 23rd July to Sunday 25th July in Tanzania.

The trio who are sponsored by Safaricom and Kenya Airways will be making their debuts in Tanzania giving their Ford Fiestas a second outing after last month’s Safari Rally.

Jermey Wahome and Hamza Anwar, 22, and McRae Kimathi 26, are some of the youngest drivers who featured in last month’s World Rally Championships (WRC) Safari Rally that made a comeback in Kenya after a 19-year absence. Wahome finished in 16th position and Anwar in 25th while Kimathi retired at the final stage due to a mechanical problem.

This is the second time Hamza Anwar is taking part in the African Rally Championships after finishing in 5th during Africa Rally Championship Equator Rally that was held in April this year where McRae Kimathi finished in 8th. The three will once again be driving the M-Sport Fiesta Rally 3 sponsored by Safaricom and Kenya Airways.

“I appreciate the opportunity that Safaricom and Kenya Airways has given us to grow our talent. My aim is to keep on getting better and improving my results,” added Wahome.

He is also the 2019 Intercontinental Rally Challenge (IRC) champion, making him the only Kenyan winner of an IRC round. He was also among the drivers that Safaricom sponsored during the WRC Safari Rally.

“I am thrilled at this opportunity because it is my first time to take part in the African Rally Championships. It is a new challenge but from the experience I gathered at WRC Safari Rally last month, I am confident that I will perform well,” said Jeremy Wahome.