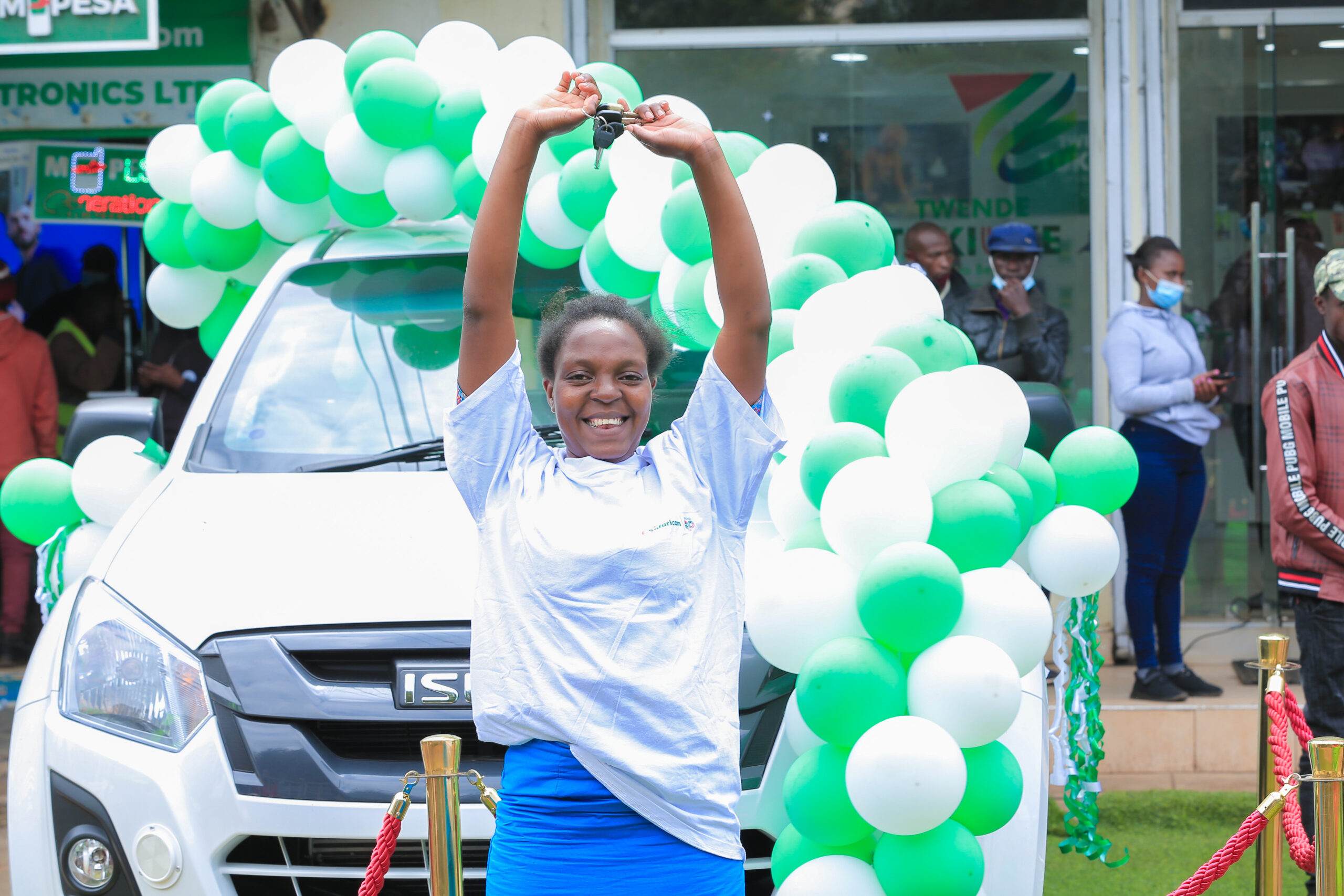 Eight business owners from the 8 regions including Coast, Western, Central, Eastern, Nairobi, Rift Valley, Nyanza and North Eastern each won a pick-up in the monthly draw while another 64 have won tuktuks in four weekly draws.

Another more than 2,500 business owners have won more than KSh. 19 million in cash prizes.

The promotion continues for another four weeks with 8 Fuso FI Canter trucks, 8 Isuzu D-Max pickups and 64 more tuktuks to be won.

Each business on Pochi La Biashara or with a Lipa Na M-PESA Till earns 1 point for each transaction of KSh. 50 and above, including payments in and payments out.

The promotion comes on the back of increasing adoption of M-PESA services by businesses across the country. More than 400,000 businesses accept payments through Lipa Na M-PESA up from 170,000 in March 2020 with an additional 2 million small businesses using the Pochi La Biashara service.

“We are proud to reward and celebrate our first 72 winners with the ongoing Biashara Ni M-PESA Promotion who each win a pick-up or tuktuk to boost their business. M-PESA has emerged as the preferred and trusted cashless business payment solution for more than 2 million businesses in the country. This promotion seeks to recognise and give back to business owners across the country for choosing M-PESA,” said Peter Ndegwa, CEO – Safaricom.