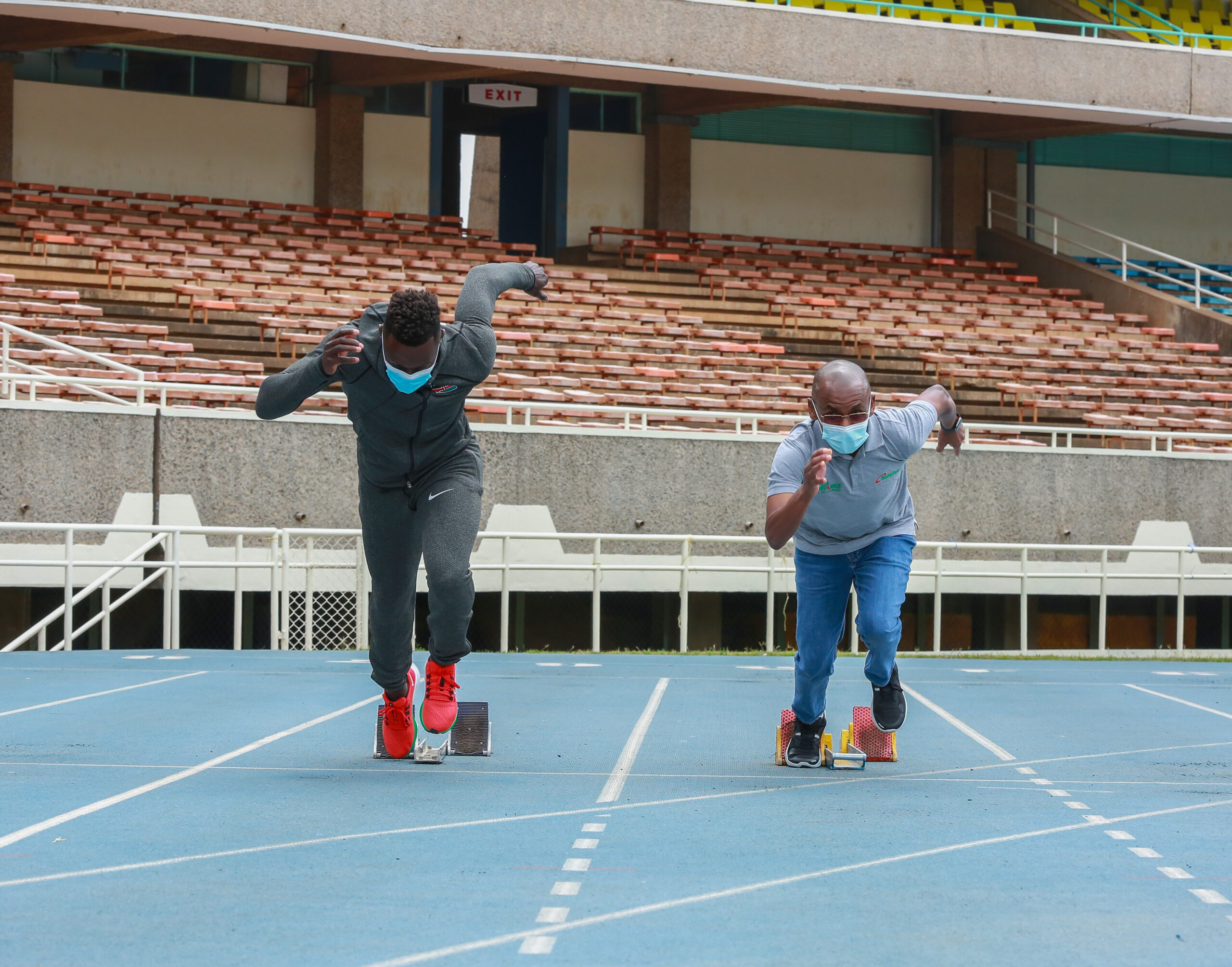 Safaricom Speeds up Sprinter Mark Otieno’s Dash to the Olympics

The 28-year-old athlete defied the odds by using borrowed shoes to finish second in the Olympic trials held at Kasarani last month. Otieno will now have access to the best quality shoes as part of the sponsorship deal which will also support his training needs and cover his logistics to allow him attend other competitions.

“I want to thank Safaricom for seeing my potential and believing in me. It has always been my dream to compete in the Olympics and having the biggest company in the country backing me has boosted my own confidence and I am determined to do my best in Tokyo. It has not been easy, due to lack of resources, but it has been worth every effort to get to this stage where I have the honour of representing my country at the biggest sporting event,” said Otieno.

Last week Safaricom unveiled a KES 20 million sponsorship for the team that will represent Kenya at the Olympics. The funds have been set aside for the ceremonial kit that will be used by the Kenyan contingent at the games.

“We are known for our pedigree of middle and long-distance runners having won majority of our Olympic medals in these races. However, as a company that believes in going beyond to achieve one’s dreams, we were really inspired by Mark’s story and how he has gone beyond to reach his goal of representing Kenya in the 100m race. We hope that his exploits motivate a new generation of young people who will be inspired to represent Kenya in short distance races”, said Peter Ndegwa, CEO- Safaricom.

The 2020 Summer Olympic Games were postponed last year because of the Covid-19 pandemic. This year Kenya is expected to take over 80 athletes to the Olympics who will compete in Athletics Boxing, Rugby Sevens, Taekwondo and Volleyball.

In the Athletics category, Team Kenya will be represented by the likes of world record holders Eliud Kipchoge and Brigid Kosgei. The rest of the track and field team was officially announced in June and includes Olympic medalists Hellen Obiri (women’s 10000 m), Julius Yego (men’s javelin throw), and the reigning middle-distance champion Faith Kipyegon. Also, among the Olympians will be Ferdinand Omanyala who also qualified in the 100m with 10.02 seconds, a new national record.