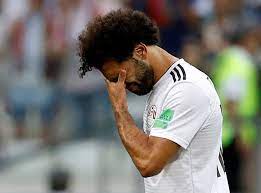 Egypt captain Amr Elsolia tapped into his own net a last-gasp free-kick four minutes into stoppage time to break the deadlock between the north African rivals at the newly built Stadium 974 in the Qatari capital Doha.

The tournament, organised by FIFA, is a test event for next year’s World Cup, replacing the Confederation Cup.

It was Egypt’s who appointed Portuguese and former Manchester United assistant coach Carlos Queiroz as tactician first defeat in 19 games since their elimination from the 2019 Africa Cup of Nations.

Tunisia will take on the winners of the second semi-final taking place later on Wednesday between hosts Qatar and Algeria.