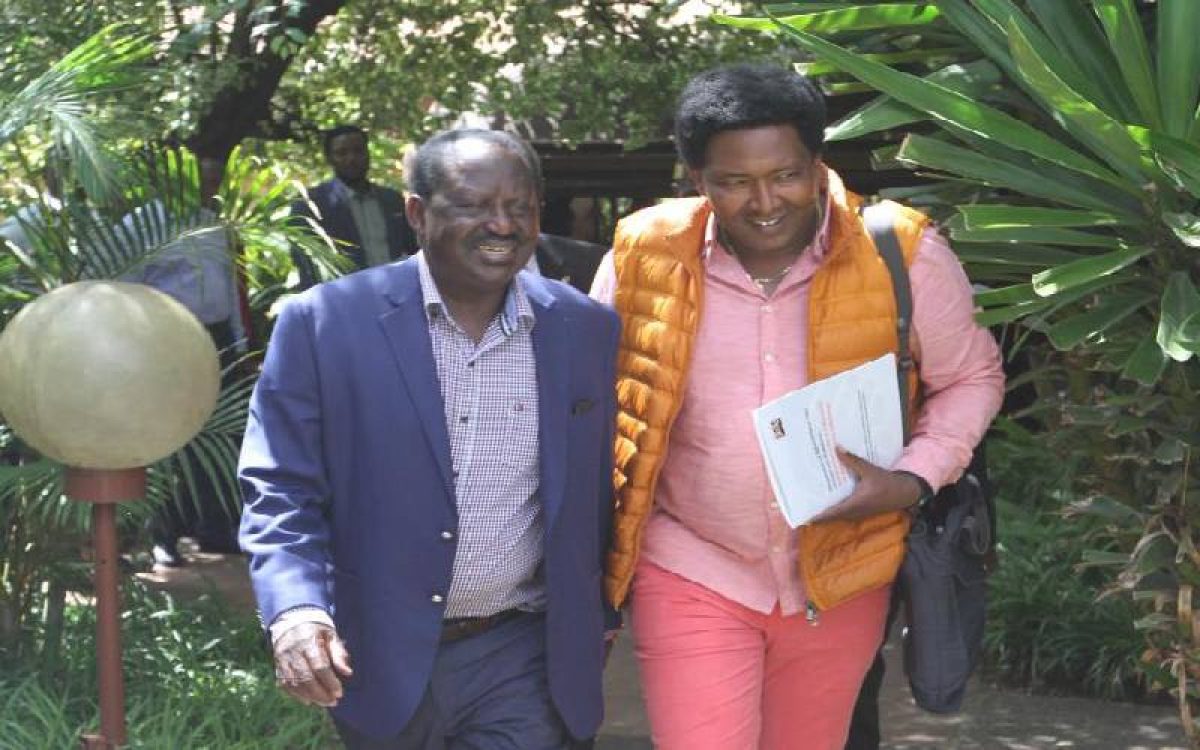 Narok Senator Ledama Ole Kina has assured the ODM leader Raila Odinga of Maa nation votes in the 2022 General Elections in the event he vies for the presidency.

Speaking in Homa Bay County on Friday, August 13, during the burial of the father to Homa Bay Senator Otieno Kajwanga and Ruaraka MP TJ Kajwang, Ledama said the Maasai Nation will not withdraw their support for the ODM leader until he clinches the top seat.

“I want you the people of Homa Bay to listen to me. We the Maasai people never look back when we resolve. We will stand with the Raila Amollo Odinga until the end,” he said.

According to Ledama, Raila commands a huge following in the Maasai nation since the region holds him dear since time immemorial.

He assured the ODM leader that the region will continue to support him because he stands for the welfare of the Maa nation.

“If Baba arrives in Narok a time like now, the kind of reception he will receive beats the one you have accorded him here. Maybe because you are used to him but Baba is someone, we have supported for all this period,” said.

“I want to assure you, Baba, that we will continue to support you till you become the President of the Republic of Kenya,” he added.

Senator Ledama was speaking at a burial where several MPs, Senators, Governors and MCAs were present.

The funeral turned political as leaders present used the opportunity to drum up support for Raila, who is yet to declare

Raila Given Go Ahead to Contest in Presidential Polls
Kidero Storms into Homa Bay, Leads Governor’s Race
“The Nairobi That I want to Deliver to Nairobians,” Azimio’s Gubernatorial Aspirant Polycarp Ngatia Outlines Vision
A promise for better transport system as Igathe hits the road running
“I Will Make Nairobi a 24 Hour Economy as Governor,” Chamber of Commerce Boss Richard Ngatia Declares
Politics 569