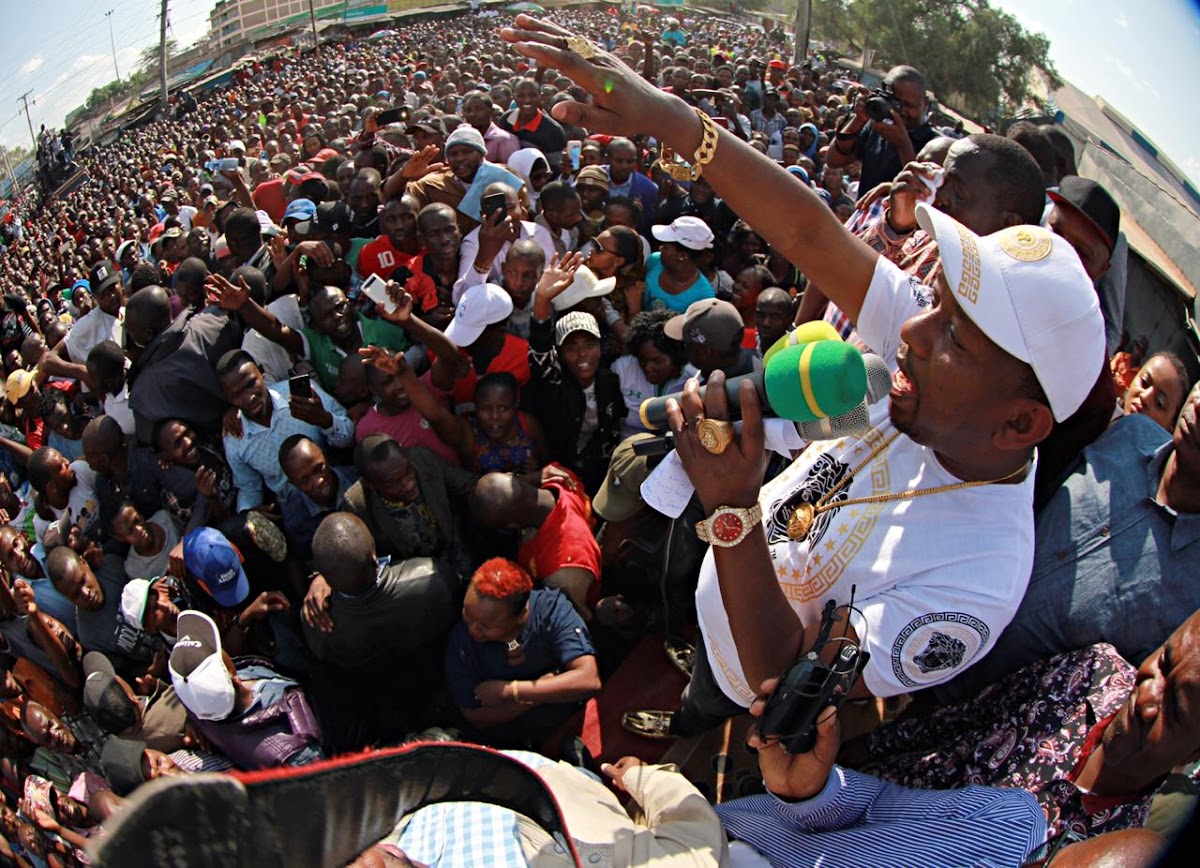 Sonko who rose from being an MP in Makadara in the constituency where launched his political life to a Senator then Governor in Nairobi mobilized his supporters in the area to vote for Waithaka who is seeking to join parliament for his first time and dethrone the incumbent George Aladwa from the seat.

Sonko endorsed Waithaka for the seat saying that Waithaka was Makadara’s best bet to occupy the seat that once occupied as he believed in his leadership qualities which will develop the constituency and improve the living standards of the Makadara constituents.

“Aladwa has served his term where he failed miserably and now it’s time to seek for change and that change is in Waithaka a trusted and capable leader. I know the potential of both Waithaka and Aladwa having worked with them but comparably Waithaka stands out as the best Makadara can have as their representative in Parliament,” said Sonko amid cheering from the voters during the campaigns.

In the campaigns, Sonko was accompanied by Senator Millicent “Mama Miradi” Omanga who is eyeing the Nairobi Women’s representative seat and other UDA aspirants seeking for Member County Assembly (MCA) seats in wards based in Makadara constituency.

As Sonko campaigned for candidates vyeing on the UDA ticket in Nairobi, he urged voters in Makadara to overwhelmingly vote for the Deputy President Dr William Ruto who is the UDA presidential candidate, Senator Johnson Sakaja for Governorship, former Housing assistant minister Bishop Margaret Wanjiru (Senator), Senator Millicent Omanga (Women representative) and all the other aspirants in UDA and Kenya Kwanza alliance tickets in the city.

The Nairobi UDA Chairman and former Organizing Secretary of Kenya’s football giants AFC Leopards Oscar Igaida joined the campaigns for Waithaka and said that he had the backing of the party as UDA believed in him to deliver the Makadara seat.

“I have taken my time off from my busy schedule of coordinating UDA election activities to come over and campaign for Waithaka as the party recognizes his leadership potential and qualities of fitting in the shoes of the late Mwai Kibaki who is considered as Kenya’s best ever serving president who once served as the area MP and the constituency where just like Waithaka launched his political career,” said Igaida.

The lawyer who was born and raised in Makadara constituency’s said Waithaka has been supporting many people despite not being an elected leader but of having the interests of Makadara at heart.

“Waithaka has supported even those whom you have elected to get elected, it’s now his time to be supported to take over the leadership mantle,” quipped Igaida.