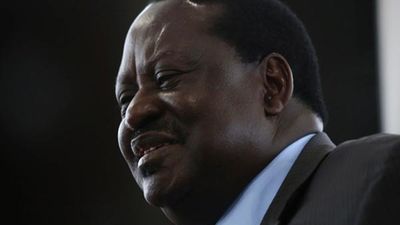 Raila Odinga has descried how he was tortured and illegally detained by Josiah Kipkurui Rono during the Moi regime. Raila was detained after the failed 1982 coup that saw a couple of soldiers lose their lives.

He said that he was detained and tortured for 6 years, held under horrible conditions at the Nyayo torture chambers.

In his defense, Raila Odinga claimed that he merely played a peripheral role in the coup and that he was not part of the core planning team. According to Raila Odinga, the Kenya Air Force officers were responsible for the coup while planning to depose President Moi.

He was later detained again in 1989 and in 1991, however, his detention ran from 1982. He described his role in the failed coup, “…we had been quietly engaged in operations designed to educate and mobilise the people in order to bring about the necessary and desired changes in our society — not through violence but through popular mass action. The full explanation of our efforts to bring about popular change will have to wait for another, freer, time in our country’s history”.

According to Raila, on the 1st of August 1982, he was at a friend’s house in Parklands where they were following updates through KBC, which was referred to as the Voice of Kenya Radio.

On August 11th officers picked him up from Prof Oki Ooko Ombaka’s house in Caledonia, Nairobi. The officers who included his driver let him into what he refers to as days of physical and psychological torture.

The manhandling was in the hands of Special Branch in their offices on University Way at Central Police station and later on at Muthangari Police Station, CID and GSU headquarters.

Raila described how an officer named Josiah Kipkurui Rono and his team tortured him severely while trying to extract a confession from him and what he knew about the coup.

His reluctance to give any information regarding the coup angered Mr Josiah Kipkurui Rono who broke the leg of a wooden table and slammed it repeatedly on Raila’s head and shoulders.

“THE BLOWS TO MY HEAD DAZED ME AND I FELL TO THE FLOOR, AND AS I LAY THERE, RONO AND THE OTHERS JUMPED ON MY CHEST AND MY ENGINE.

THROUGH THE BLINDING PAIN, I HEARD THEM COCK THEIR GUNS, THEN RONO’S VOICE: I WAS EITHER GOING TO SPEAK AND TELL THE TRUTH OR I WAS DEAD MEAT. I WAITED FOR THE END… BUT IT DID NOT COME,” HE WRITES.

He was later taken to cells and for days he was tortured in water-logged cells at the ruthless hands of the Special Branch officers. His efforts to sleep in the cells were futile due to the cold since his sweater and shoes were taken away by the officers.

This is part of the story of how Raila suffered