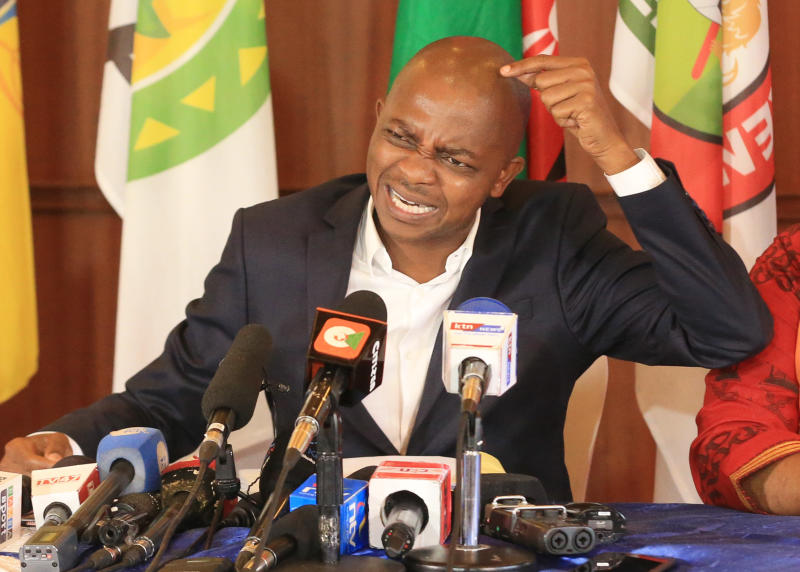 “We know they want remove us illegally. We have been audited by the anti-corruption sleuths and they got nothing, Directorate of Criminal Investigations nothing, Auditor General twice-nothing. Fifa audit us every year and have been giving a clean bill of health. And then when Kenya loses 5-0 to Mali and you think its time to attack us,” Football Kenya Federation Nick Mwendwa broke his silence over the federation’s war with Ministry of Sports.

This is the first time Mwendwa is speaking publicly since the Ministry of Sports Cabinet Secretary Ambasadeur Dr Amina Mohammed instructed the Sports Registrar to carry out an audit on FKF.

“This is vendetta. Where have you ever heard of someone inspecting documents spanning to six years in a record time of six hours and then immediately sits down writes down a report saying you are guilty after doing shoddy investigations and audit,” wondered Mwendwa.

The president said they sent investigators from the police and EACC thinking they would find something but unfortunately for them they didn’t find anything that is incriminating.

“Since their sinister motives have failed to materialize they are now trying to create something to fix us at all costs,” opined Mwendwa.