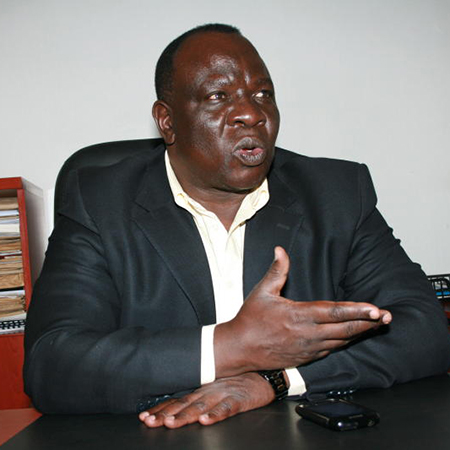 Ndolo said that they will not allow Ruto to continue undermining his boss President Kenyatta saying enough is enough.

He said the president has not had a smooth time in executing his mandate in delivering services to Kenyans.

“The president is a frustrated man as instead of being supported by Ruto instead he and his henchmen have been milking public coffers dry which has undermined President Kenyatta’s leadership in delivering on his mandate as mandated by Kenyans,” said Ndolo.

Ndolo said they were aware of the DP intending to use violence to take over the country because of not having the blessings or endorsement from the president to succeed him.

“We are privy to information that the DP is planning to use violence in seeking the country’s leadership and we shall not allow it,” said Ndolo.

The former MP said the DP can use that tactic elsewhere but not in Nairobi where he will meet the full force of Nairobians as they are law abiding citizens.

“I now tend to agree with a statement by the COTU Secretary General that Ruto is seeking to smuggle weapons into the country to cause mayhem for possible takeover as he seems not confident of winning the country’s presidency through the ballot,”” he said.

Ndolo said it is no surprise that Ruto was recently blocked from leaving the country when travelling to Uganda saying it was for security reasons.

“Even the suspicious characters from foreign countries in his entourage shows that there’s more than meets the eye in that trip,” said Ndolo.

“Museveni should be talking and working with his Kenyan counterpart and not his deputy. This is a clear indication of undermining the leadership of President Kenyatta,” said Ndolo.

He told Museveni that Kenyans are fed up with him pocking his nose into Kenyan politics saying Kenyans are capable of handling their own matters without interference and intervention by foreigners.