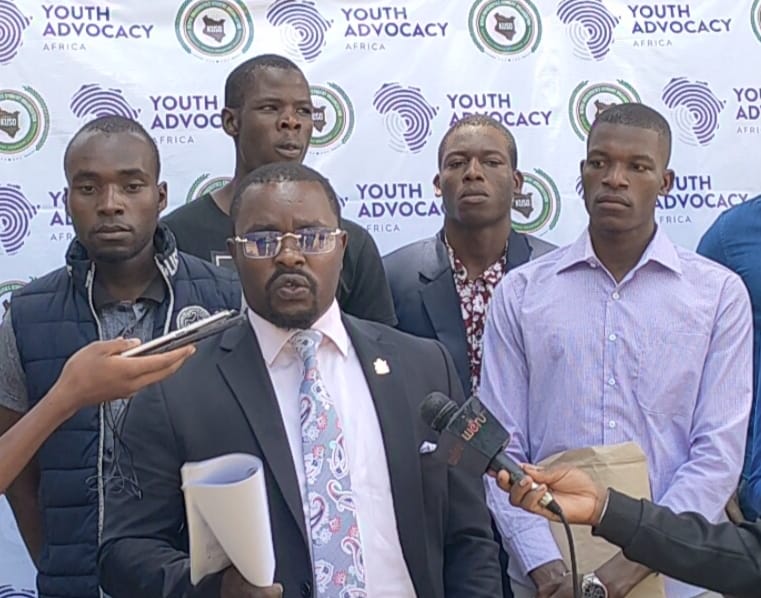 Under the umbrella of the Kenya University Students Organisation (KUSO), they said Linturi does not meet the constitutional threshold of vyeing for the Governor’s seat as he does not have a degree which is the main requirement.

KUSO noted with concern that Government Institutions responsible for vetting leaders have been reluctant in enforcing election requirements for leaders.

“ We as students rooting for peaceful, free and fair 2022 election, have noted with grave concern the laxity of concerned government institutions in enforcing strict compliance of the election requirements,” stated Manyara

The students led by KUSO chairman Anthony Manyara further warned that should Mr.Linturi be allowed to vie for any political seat, the body will be forced to take legal actions.

“Backed by overwhelming evidence, the public and the United Democratic Alliance (UDA) should be well informed the Mr.Franklin Mithika Linturi is not eligible to vie for Meru Governor or any other position within Kenya, apart from MCA- which doesn’t require a degree to qualify contesting,” said Manyara.

According to the student body, Mithika Linturi is unsuitable to vie for the Meru governor’s post on academic grounds.

The constitution of Kenya 2010, makes it a requirement for nomination as a candidate for election as President, Deputy president, Governor or Deputy Governor in Kenya to have a valid bachelors degree from a university duly recognised in Kenya.

The students claimed that Linturi was de- registered from the University of Nairobi UoN) in 2013 for presenting fake papers, while enrolling for a degree certificate.

They further accused Mr. Linturi of presenting fake self declaration forms to IEBC in 2013, which means that he ascended to become Member of Parliament (MP) and Meru Senator illegally, therefore he should be obligated to refund all the taxpayers money he has received while in Office.

“ KUSO hereby calls upon all arms of Kenya’s criminal justice system- the DCI, DPP, NCIC, EACC and Intelligence agencies to fearlessly carry out their respective mandate on the various cases associated with Mithika Linturi,” concluded Manyara.