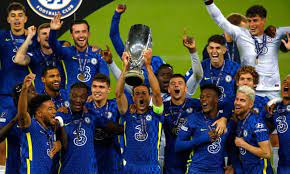 Substitute goalkeeper Kepa Arrizabalaga saved captain Raul Albiol’s spot-kick at Windsor Park after a draining 120 minutes of action ended 1-1 in Belfast before the shootout was used to decide the match.

It was an inspired substitution by Chelsea coach Thomas Tuchel, sending Arrizabalaga on in the 119th minute and the much-maligned Spaniard comes up trumps, saving two penalties in the shootout

Kepa came on late in extra time and then saved two penalties. 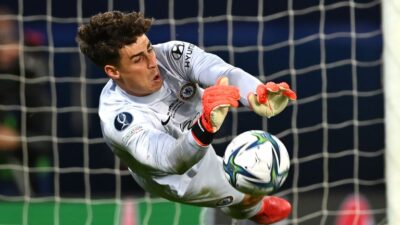 Hakim Ziyech opened the scoring for the Blues midway through the opening 45 minutes break before Gerard Moreno equalised in the 73rd minute to force extra time.

Below are penalty shootout proceedings;

Lovely. The ex-Watford man waits for Kepa to commit and rolls it the other way.

Lovely. Kepa goes the wrong way and Moreno’s penalty clips the post on the way in.

Perfect penalty. Keeper went the right way but it was in the corner.

Good save by Kepa, down low and to his right.

Alonso slips just after he shoots but it still goes in.

Lovely. The ex-Watford man waits for Kepa to commit and rolls it the other way.

Nice from Mount. Keeper goes the other way and he slots home.

A long delay. The ref makes him place it again – but the penalty is excellent. Kepa guesses right but this is bottom corner.

Cheeky. Jorginho’s usual skip and he rolls it down the centre after the keeper moves.

Sends Kepa the wrong way. To sudden death we go.

This is basically the exact same as Villarreal’s last one. Goal.

Nice. The keeper is rooted to the spot as Rudiger places it bottom corner.

KEPA SAVES!!!!! It wasn’t the best penalty but Kepa still does well to get down low to his right and keep it out.