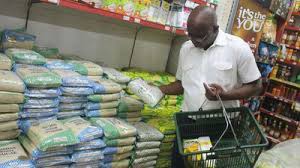 The taxpayer had filed the suit seeking to stop KRA from enforcing its tax demand on the basis that the same was illegal and excessive. Convex Limited had further argued that KRA had frozen its various bank accounts without affording it an opportunity to defend itself.

KRA, on the other hand, defended its tax demand arguing that a customs post-clearance audit had revealed an undervaluation of the sugar consignment imported by Convex Commodity Merchants Ltd sometime between May 2017 and August 2017.

The Court in its Judgment dated July 7th, 2021, ruled that before filing a Judicial Review Application, an Applicant ought to exhaust the available mechanisms for the resolution of a particular dispute.

In dismissing the case, the Court found that the suit by the taxpayer was premature as it was filed in total disregard of the provisions of the Tax Procedures Act that provide that an appeal against a tax assessment ought to be determined by the Tax Appeal Tribunal first before escalating it to the High Court.

Following the Judgment, KRA has been given the green light to proceed and enforce the collection of the demanded taxes.