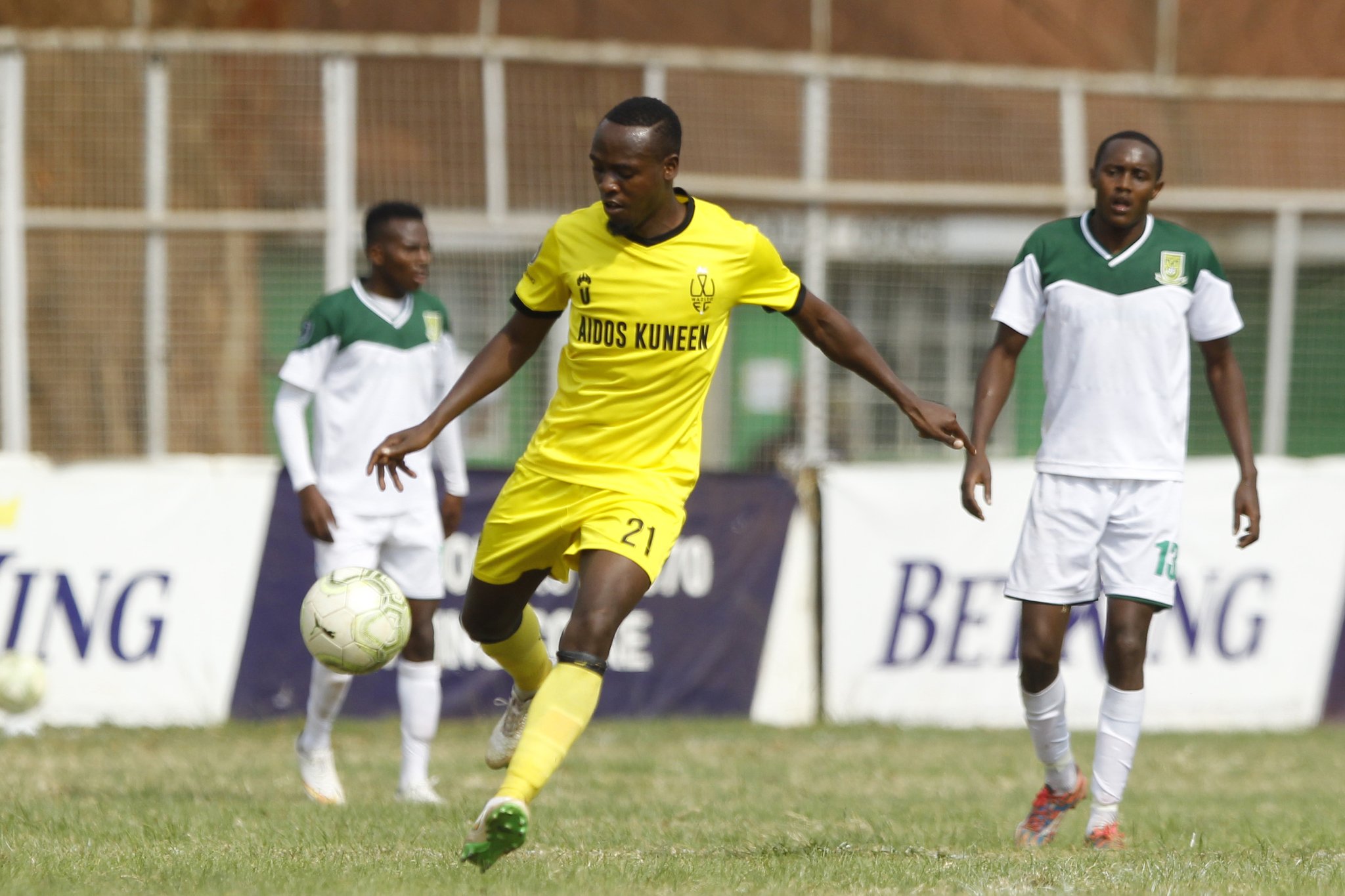 Although not on the touchline after a receiving a red card when his side faced Homeboyz in Nakuru, Francis Kimanzi a former Mathare United coach led his legion to compound more troubles on relegation threatened Mathare side.

In high spirits after collecting a point from league leaders Tusker, Mathare United had control of the match in the first half managing to hold off Wazito’s blunt attack which struggled to have the ball past David Okello.

Mathare came close to scoring the opener in the 27th minute but David “Cheche” Ochieng’s freekick hit the post back into the pitch much to the dismay of Mathare headcoach Frank Ouna.

Wazito were the first side to receive a caution in the 30th minute after Whyvonne Isuza received a yellow card for a foul on Kennedy Ochieng.

Isuza who is a bench player started the match after a wonderful display against Homeboys.

With the first half ending goalles Wazito introduced goal machine Vincent Oburu at the start of the second half coming to replace Whyvonne Isuza his former colleague at Leopards.

Kimanzi tactics paid off with Oburu scoring a brace within 10 mins of making an entrance into the pitch.

In the 58th minute Danson Kago combined with David Cheche to pull one back for the slumboyz but it was a little too late for his side as Mathare went on to lose the game.

The lose cements Mathare position at the bottom of the table as the league nears completion.

Newer Post
PHOTOS: David Beckham is ‘quizzed by police in Italy after his children Cruz, 16, and Harper, 10, jet-ski off luxury yacht on the Amalfi coast’
Older Post
MASHEMEJI DERBY SET FOR JULY 31 AT NYAYO