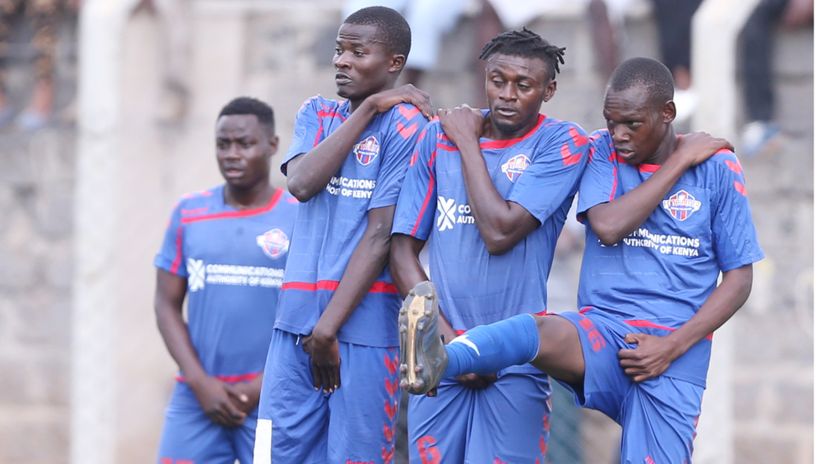 The last 48 hours in the National Super League can be characterized as both painful and joyous dependent on which side of the divide one is in.

FC Talanta are now officially promoted to the top tier after their 2-1 win Sunday over bottom placed Soy United to make it to an unassailable 68 points after 35 rounds with second placed Fortune Sacco further back by 12 points with two matches left to play.

Coach Kenyatta was thrilled stating that all credit was to his players who have a good account of themselves even under difficult circumstances.” We did really well and I am happy that we can compete with the big boys,” said Kenyatta who last coached defunct Ushuru FC in 2015 when they were dropped from the Premier League.

At the same time Kibera Black Stars missed out on the Playoffs and on 52 points and sixth on the log with all eyes on Kenya Police and Kisumu All- Stars who share 55 points as they seek playoff spot against Vihiga United. 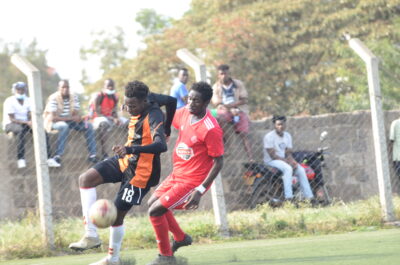 The Lakeside boys got the sweetest result hammering eighth placed Shabana 4-1 at the Moi Stadium,Kisumu on Monday afternoon. All-Stars who were in the Premiership lasts Eason are keen to make an imminent return albeit through the long route with two matches left to play.

At Bukhungu, fifth placed Vihiga Bullets dropped their guard after a steady lead to close at 1-1 with third placed Kenya Police FC. Impressive John Wonder opened the scores in the match in the 26th min after a good solo run to close an otherwise drab opening half on the lead. The Law Enforcers them settled faster in the second half with the introduction of Samuel Ndungu to add bite upfront. However the hosts held form save for a blunder in the 68th minute that led to the Police equalizer through Captain David Okiki to push to 57 points in 34 matches.

Meanwhile in another entertaining match Kibera Black Stars missed an opportunity to get to Playoffs after a 1-2 loss against Mt. Kenya United at Camp Toyoyo. First half goals from Kayci Odhiambo in the 18th minute and skipper and Eric Mata in the 36 the minute totally threw fifth place Black Stars off balance.However after a solid fight in the second half where they pushed the hosts all the way, they managed a consolation in the 73rd minute through Peter Onduso penalty.

Speaking after the match, Black Stars coach Evans Ayany was optimistic his season had been great praising his charges for showing character all through. ” We have given a good fight and it might be a sad thing missing out on the Playoffs but my boys have been exceptional and I know we will get better. This is a young group who can only improve,” he told People Sport.

At Migori Stadium, neighbours Migori Youth and Gusii FC met for a tasty duel in which the latter won 1-0 courtesy of a Joseph Ratemo effort in the 30th minute.

At Bomet Stadium,hosts APS Bomet and Muranga Seal tied 1-1 with first half goals from Felix Oluoch and Wilson Kamau respectively.