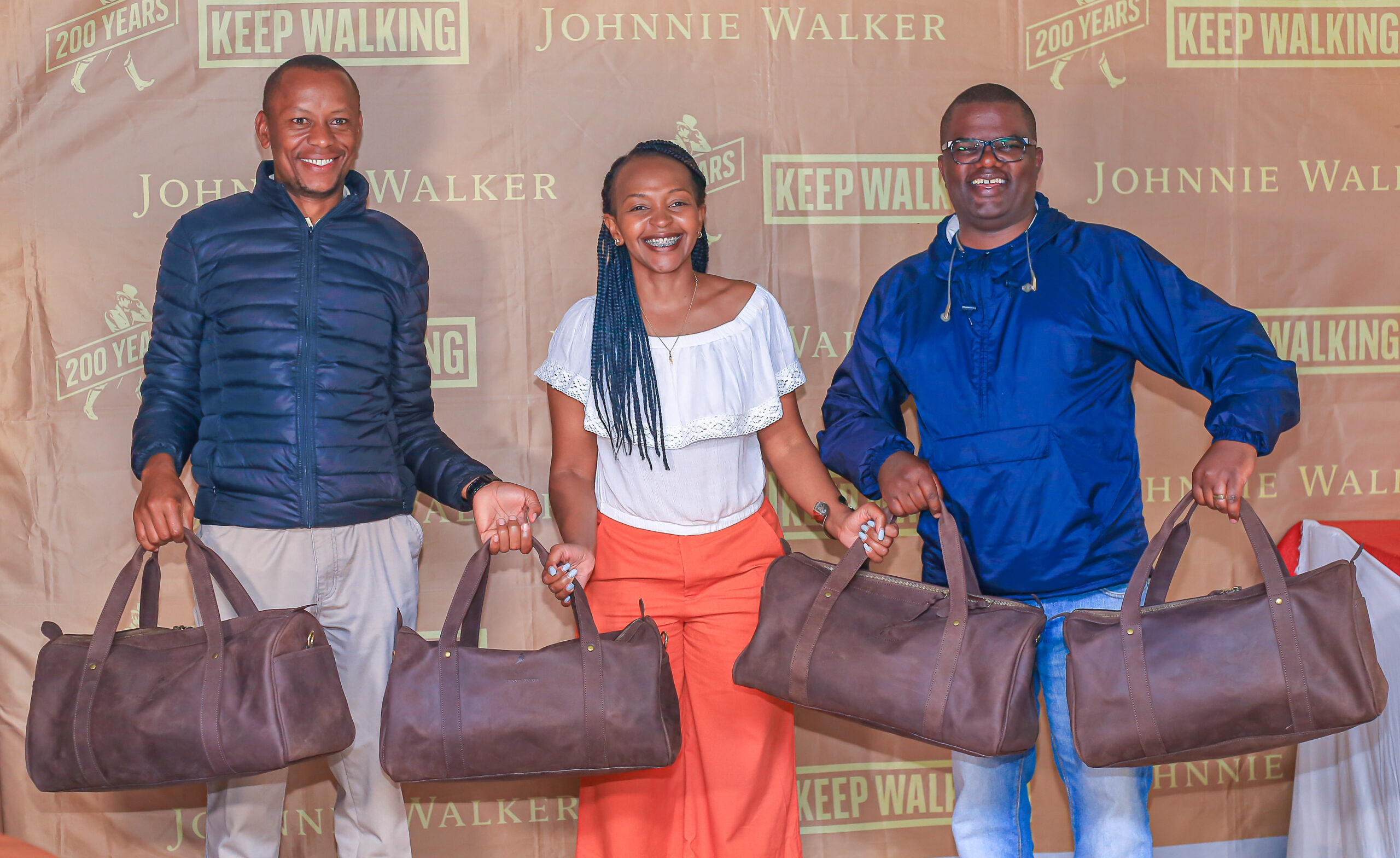 The team of Joseph Kagicha, Irene Kimeu, Ronald Wekesa, and Ibrahim Lande scored 117 points to emerge as overall winners of the fifth leg of the Road to Gleneagles Johnnie Walker Golf Series played at the Railways Golf Club.

Coming in second was the team of George Wakaba, David Mbatia, George Yego and Sam Onyambu who combined for a score of 115 points. Claiming the third and final qualifying spot was the team comprising Simon Onyango, Ronnie Maina, Elijah Wachira and Martha Njama who hit a combined score of 108 points.

In other results, Jerry Okal playing off handicap 24 emerged as the winner in the Men’s Category having scored 36 points, ahead of Joel Kaindi (handicap 14) who also posted 36 points to claim the second position.

In the Ladies’ Category, Jacqueline Mapesa playing off handicap 30 claimed the top spot having scored 43 points, one more ahead of second-placed Ivy Katee (handicap 28) who managed 35 points.

In the Nines, George Maina carded 22 points to win the first nine while similar points scored by P. Karani were enough for him to win the second nine challenge.

In the longest drive challenge, Esther Chumo and David Mbatia claimed top spots in the Men’s and Ladies’ categories respectively, while Stanley Karanja picked up the plaudits for the nearest to pin challenge, wrapping up the accolades for the day.

The top three winning teams now join the list of players that will proceed to the next round of the series; dubbed the Eagles Round where they will be aiming to qualify for the Series’ Grand Finale to be played at Karen Country Club in May 2022 where a fully paid trip to the iconic Gleneagles Golf Course in Scotland will be up for grabs.

Following the event at Railways, a total of 15 teams have now qualified to play in the next round following previous events held at VetLab Sports Club, Thika Greens Golf Club, Windsor Golf Club and Nakuru Golf Club.

“We are delighted to offer golfers across the country a tournament of this stature, which is an opportunity to give lucky individuals the opportunity to travel to and play at the iconic Gleneagles Golf Course in Scotland. It is also a chance for amateurs and pros alike to play with and against each other, united under the common goal of improving the game,” said Nduku.

She added that the series provides an opportunity for the company to interact with its customers; “KBL believes in the power of sports as an avenue for our audiences to interact intimately with our brands. This is because sport is an affirmation of societal values, with the ability to bring communities together. Golf, in particular, is a sport that is associated with very important life values such as honesty and respect for one another, and these are values also associated with the Johnnie Walker brand which we seek to promote,” she added.

The event drew the participation of over 140 golfers. Following the event, focus now shifts to Sigona Golf Club which will play host to the seventh leg of the series dubbed Road to Gleneagles on 15th January 2022.

STATEMENT: RAILA ODINGA ON INVESTEMENT IN SKILLS AND RURAL TRANSFORMATION FOR LOCAL INDUSTRIALIZATION
Raila Odinga and the Comrades
FIFA ban looms as a lying Okudo and team goes after FKF
Entrepreneur Keeping Kenyans Hopes Alive in Covid-19 Period
Kiraitu to Raila: We will make you president
Uncategorized 41