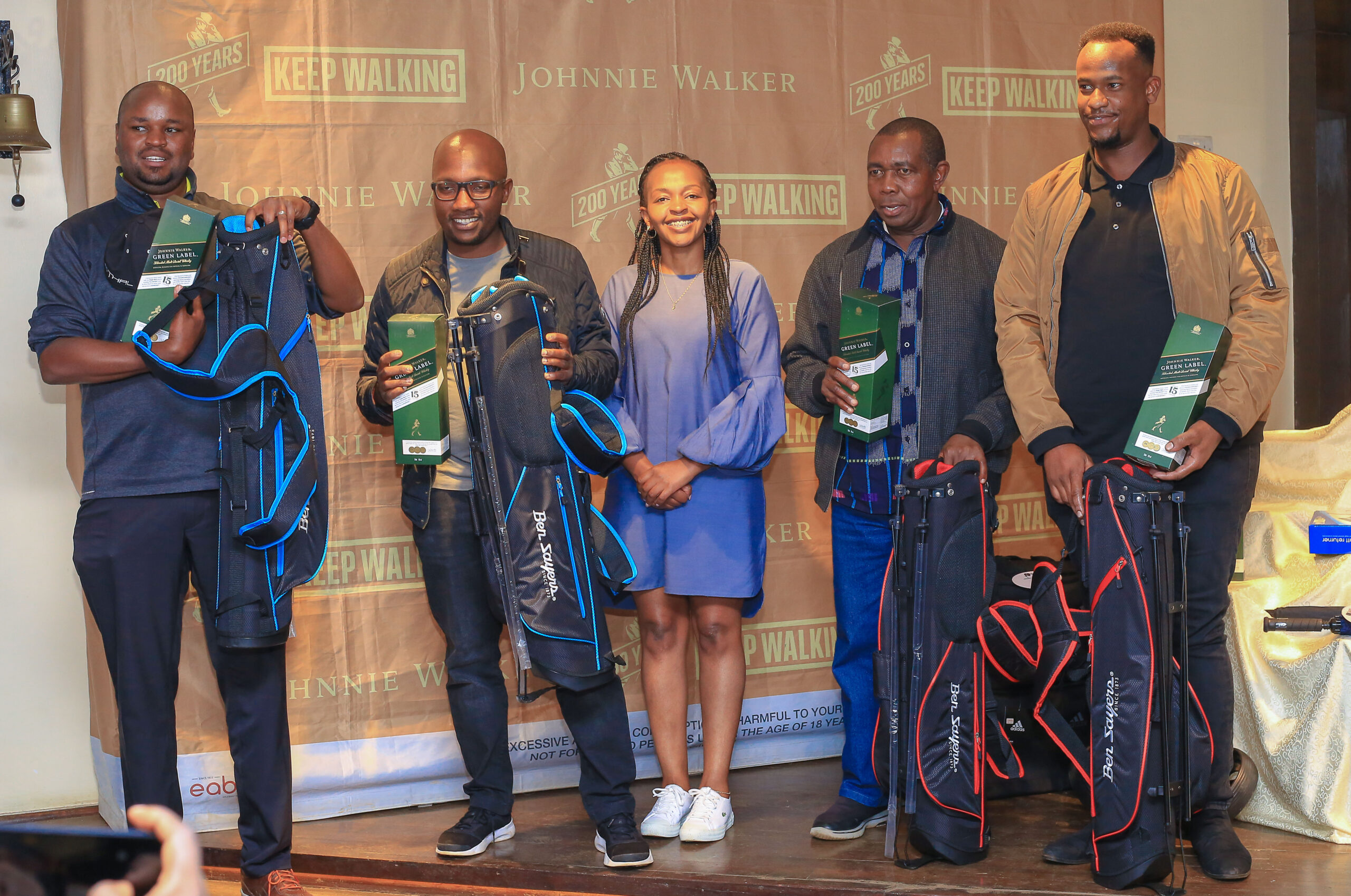 A total of 288 golfers converged at the 18-hole golf course to battle it out for the top honors aiming to play at the tournament’s Eagles Round to stand a chance to win a fully paid trip to the iconic Gleneagles Golf Course in Scotland.

The three teams become the latest addition to the list that will take part in the tournament’s semi-finals (Eagle’s Round) to be held at Muthaiga Golf Club in May 2022. Eighteen teams have now qualified for the Muthaiga event with thirteen events still be held.

In other results, Sam King’ori was back to the podium after emerging the tournament’s Gross Winner after scoring 40 points in the day. Gurtej Phull playing off handicap 25 scored 42 points to emerge as the Men’s Category winner ahead of Jitu Shah (handicap 16) who also posted 42 points.

In the Ladies’ Category, Milka Mburu playing off handicap 25 posted 39 points to claim the top spot, ahead of Gakenia Kimani (handicap 30) who scored 38 points.

In the Longest Drive challenge, Karan Patel and Shivani Patel were the stars in the Men and Ladies’ categories respectively.

In the Nines, Kamal Sehmi and Zeeshan Malik emerged the winners in the first and second nines respectively each having scored 22 points. George Mwaniki meanwhile claimed the Nearest to the Pin challenge prize to close the day’s accolades.

Speaking during the event, Sigona Golf Club Captain Jay Shah thanked KBL for having the series at Sigona as he also applauded the members for coming out in large numbers.

“This has been one of our biggest events in terms of participation and that speaks to the great reception of the Road to Gleneagles Johnnie Walker Golf series among the golfers. No doubt, the opportunity to play at the Gleneagles Golf Course is one that would excite any avid golfer and I am therefore not surprised by the great turnout. With this, Sigona has set the right standards in terms of participation in such events and that will go a long way in developing the sport. I thank KBL for the opportunity they have accorded us with this series, and hope that the overall winner will come from here,” said Jay Shah.

Speaking during the prize-giving ceremony, Kenya Breweries Limited’s (KBL) Marketing Manager for Spirits, Josephine Katambo noted that the series has been well received by the golfing community.

“Sigona is a special venue for golf and a beautiful location that every golfer yearns to play in. Having the Road to GlenEagles Johnnie Walker Golf Series was therefore a no-brainer for us. Today’s event marks the sixth leg of the Series and so far, I am pleased to note that participation in the series has been received very well among the golfing community as, so far, we have had over 700 golfers taking to the course over the six legs,” added Katambo.

She added; “As KBL, we are delighted to offer golfers across the country a tournament of this stature. Our objective for this series is to continue with our long-term commitment to continue supporting the growth and development of the sport in the country,” she added.

Following the event at Sigona, the focus now shifts to Eldoret Golf Club for the seventh edition of the series that will be held on January 29, 2022.