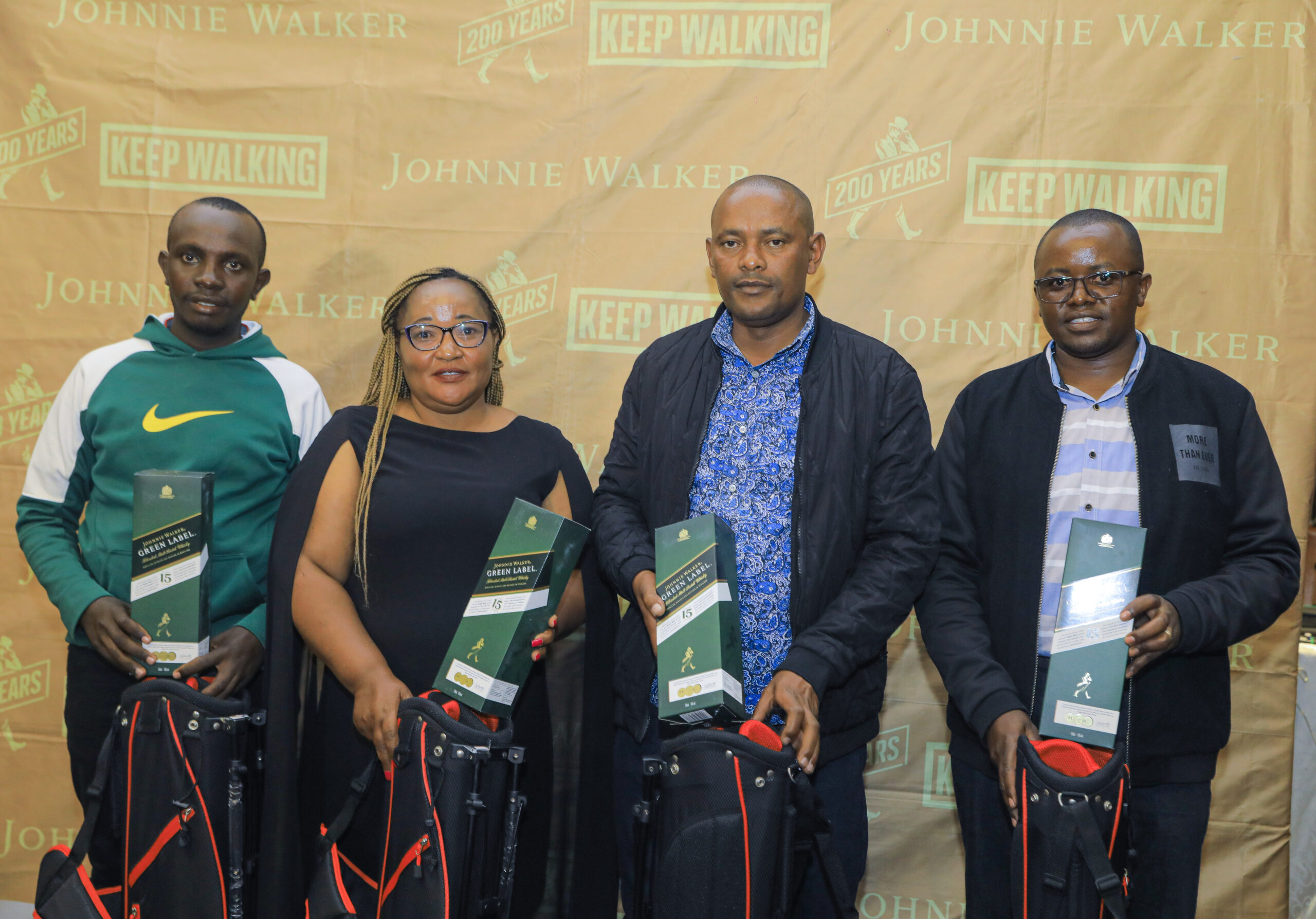 Home player Moses Muthoki led his team of Peter Rimui, Purity Githui, and Jadiel Muriungi to emerge the event’s overall winners, having carded a combined 107 points. The team of John Mathai, Gen Waweru Luka Mwangi, and Francis Mathenge whose efforts returned a combined score of 102 to emerge the second runners-up on count back. They beat the team of Kevin Kabugi, Robert Gachai, Richard Kabugi, and Marlin Ndegwa who also carded 102 points on to emerge third.

Commenting on his team’s win, Moses Muthoki said:  “My team played really well. We luckily all got really good shots which played to our advantage. We are delighted to have won this leg and heading to Muthaiga for the Eagles Round. Hopefully, we can make it to the Grand Finale and ultimately win the Series main prize which is a trip to the Gleneagles Golf Course in Scotland.”

In other results, handicap 17 Justus Mugaa carded 41 points to emerge the winner in the Men’s Category. He beat James Warui (HCP 14) who scored 39 points to come second in the category.

In the Nines, Mark Kirimu and Gurung Tek emerged champions, having scored 22 and 21 points in the first and second nines respectively.

At the same time, Peter Rimui and Dr. Samantha Mathu were the stars in the Longest Drive Challenge in the Men’s and Ladies’ Categories, respectively.

Meanwhile, Denis Munene claimed the plaudits in the Nearest to Pin Challenge.

“We are really grateful for the opportunity to compete in this series and the chance presented to us by KBL to visit the iconic Gleneagles Golf Course. This sponsorship speaks to the brand’s commitment to the sport of golf in the country. The sponsorships coming out from the corporate world are really important for the game of golf as it helps in getting rid of the perception that golf is an elite sport and democratizes the sport.”

“We are pleased to see a great turnout at the tournament, which is precisely what we set out to achieve through this Series. We want to make golf a revered sport in the country and have more players appreciate and participate in it. in its now one hundred years of existence, EABL has established itself as one of the biggest supporters of sports in Kenya. As we celebrate our centenary milestone this year, therefore, we are proud of the great contributions we have made in Kenyan sports and remain committed to continuing to be present in Kenyan sports now and in times to come.”

Following the Nanyuki event, attention now turns to Kiambu Golf Club which will host the fifteenth leg of the tournament where golfers will battle it out for qualifying spots of the Series’ Eagles Round.