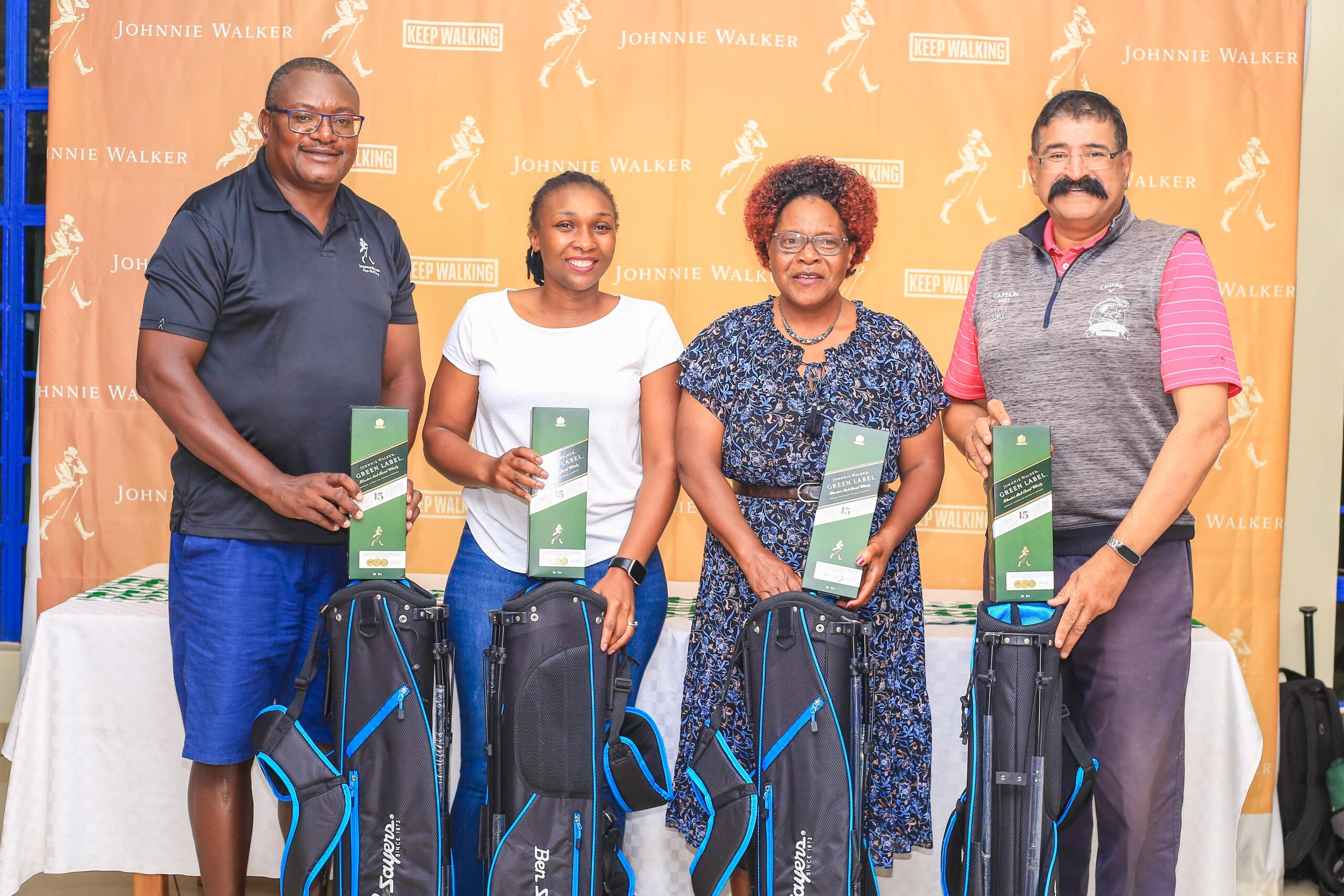 Claiming the second position was the team of Derek Mwaura, Beatrice Otieno, Innocent Ondieki, and Ivan Odakas who managed a combined score of 100 points. They beat the third-placed quartet of Kunal Chandaria, James Mundia, Dr. James Akhonya, and Lydia Oketch by a solitary point.

Claiming top positions in the Nines were handicap 21 Leah Luchivya who scored 20 points in the first nine, while Nicholas Malaki (handicap 16) returned 19 points in the second nine to emerge the champion.

In the Longest Drive contest, Dr James Akhonya and Phoebe Nyangweso emerged as respective winners in the Men’s and Ladies’ categories while Nyanza Golf Club’s Joseph Atito took home the Nearest to the Pin prize.

The event attracted a field of 60 players who battled it out for the qualifying positions. The top three teams now join the list of teams to play in the next round of the Series – Eagles Round, as they aim to make the cut to play in the Series’ Grand Finale where a fully paid-up trip to the iconic Gleneagles Golf Course in Scotland will be up for grabs.

Speaking during the event, Captain Rajinder Sembi said;“We are very glad that KBL decided to bring this tournament to these parts of the country. We have a lot of golfing talents in these parts of the country and these events give the golfers valuable exposure and in the process improve their skills. We have a very wonderful course that is in very good conditions thanks to the ongoing rains and the golfers have really enjoyed playing today. I am happy that my team emerged the winners today, and this is thanks to the individual efforts of each one of us. We hope to play better in the Eagles Round and eventually qualify for the Grand Finale.”

“This leg featured some exciting golf action and we are very proud of our continued support for this tournament that has been a highlight on our golfing calendar over the years. Golf like any other sport requires one to practice and compete regularly for one to be good at it. This series was therefore started with the aim to give as many golfers as possible a chance to play and compete regularly in order to better their skills and competitiveness. We are happy that so far we have had many golfers around the country participating in the Series, getting a chance to improve on their skills,” he said.

He added: “We look forward to supporting this competition next year and beyond, as we believe that such events help promote golfing in Kenya as well providing an opportunity for our consumers to interact with us.”

Following the Kakamega event, attention now turns to Royal Nairobi Golf Club for the penultimate leg of the series dubbed ‘Road to Gleneagles.’ on 29th April 2022.