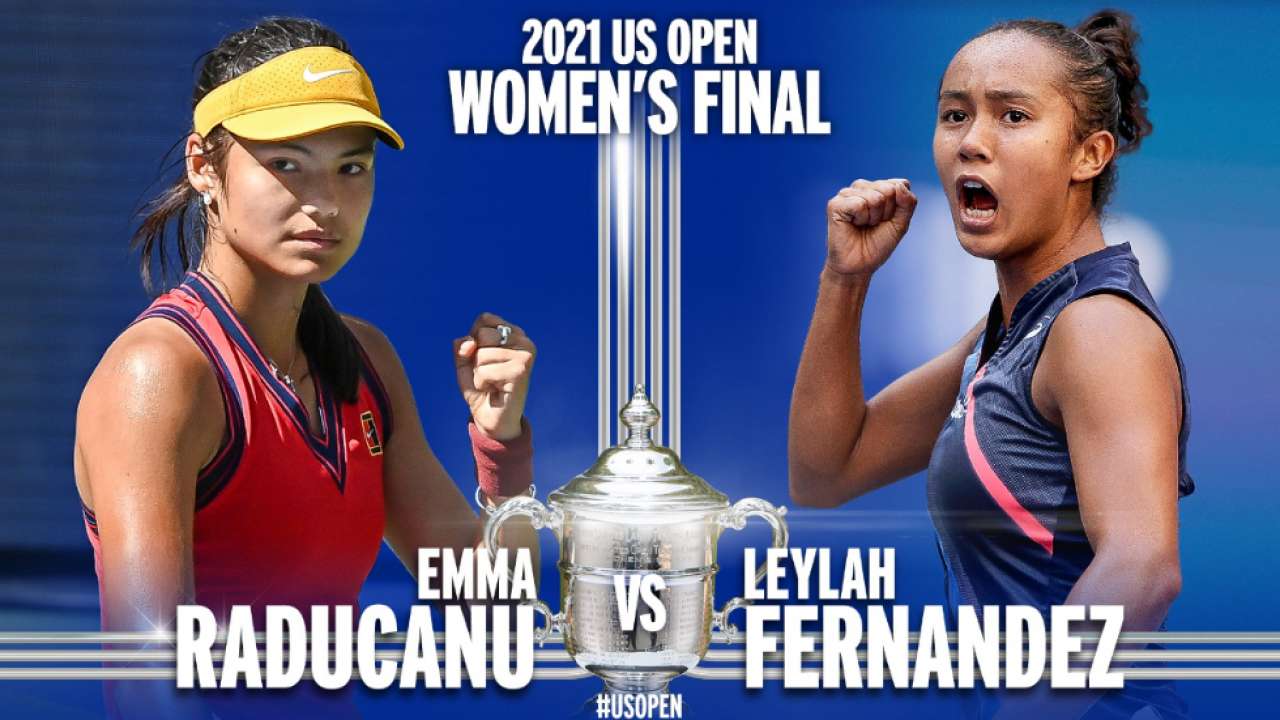 Tennis: Raducanu Battles Fernandez In a First All Teens US OPen Finals in 22 Years

Teen tennis prodigies Britain’s Emma Raducanu and Canadian Leylah Fernandez are set to compete against each other after having completed astonishing runs to their first Grand Slam final at the US Open.

Britain’s Raducanu and Canada’s Fernandez will meet on Saturday, September 11th, 2021 at Arthur Ashe Stadium, where one of them will claim her first Grand Slam title.

The final under the lights at the colossal Arthur Ashe Stadium between Fernandez and Raducanu will be the first major final in the Open Era across both the men’s and women’s game to feature two unseeded players.

It will also mark the first Grand Slam final to be contested by two teenagers since the 1999 U.S. Open between Serena Williams and Martina Hingis.

Both Raducanu, 18, and Fernandez, who turned 19 this week, were yet to be born then.

“We first encountered each other because I was born in Toronto and she was Canadian, so we kind of, like, made a little relationship back then,” said Raducanu, whose parents moved to England when she was two-years-old.

“But, yeah, then I played her at junior Wimbledon. Obviously since then we’ve both come very far in our games and as people. Yeah, I’m sure it’s going to be extremely different to when we last encountered each other.”

Raducanu will be hoping for a similar outcome, though. The pair’s previous meeting came in the second round of the Wimbledon juniors in 2018, when Raducanu won 6-2 6-4.

Raducanu became the first qualifier to reach a Grand Slam final in the professional era by overwhelming 17th-seeded Maria Sakkari 6-1, 6-4.

Appearing in just her second major tournament, Raducanu won all 18 sets she has played during three matches in qualifying rounds and six in the main draw.

She is now the youngest Slam finalist since Maria Sharapova won Wimbledon at age 17 in 2004.

Fernandez isn’t much older — her birthday was Monday — and she made it through a semifinal filled with momentum swings to edge No. 2 Aryna Sabalenka 7-6 (3), 4-6, 6-4.

This was the left-handed Fernandez’s fourth consecutive three-set victory over a seeded opponent. First came No. 3 Naomi Osaka, the 2018 and 2020 U.S. Open champion. Then came No. 16 Angelique Kerber, the 2016 champ. That was followed by No. 5 Elina Svitolina and Sabalenka.

“There’s no limit to what I can do. I’m just glad that right now everything’s going well,” said Fernandez, who could give Canada its second U.S. Open women’s title in quick succession, following Bianca Andreescu’s triumph in 2019.

Raducanu was born in Toronto to a Chinese mother and Romanian father; the family moved to England when Emma was 2.
Fernandez was born in Montreal to a Filipino Canadian mother and Ecuadorian father; the family moved to Florida after Leylah had success as a junior at age 12. Dad is also her coach, although he is not with her in New York, instead offering coaching tips in daily phone conversations.

Raducanu and Fernandez met each other for the first time when they were both playing in under-12 tournaments and bonded over their shared connection to Canada. On Saturday, they will share a court for the first time in a tour-level match.

They did play, however, in the Wimbledon junior tournament’s second round in 2018.

Raducanu won that one. Three years later, they’ll play again — on a grander stage and with much, much more at stake.