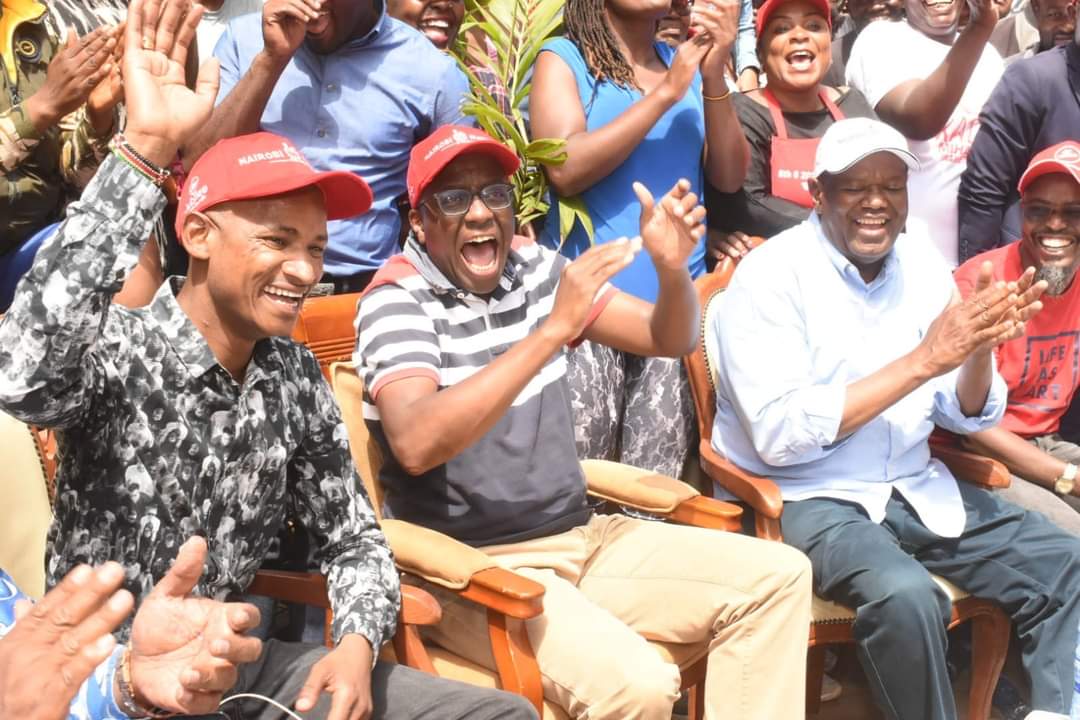 Despite the failed talks between Wiper Party leader Kalonzo Musyoka and the Orange Democratic Movement’s (ODM) chief Raila Odinga over a pre-election agreement, Kalonzo’s Philip Kaloki was not distracted from the differences to campaign for Azimio La Umoja.

“Today my brother Polycarp Igathe, Embakasi East Member of Parliament (MP) Hon. Babu Owino and I joined residents of Embakasi East at the home of Hon.Kados in Mihango ward as part of our tour around Nairobi County to gather views from you on the matters you would want us to work on after August 9th.

We appreciate the warm reception so far and we would like to assure you that all the views you shared with us will be our priority when we form the next government of Nairobi City County. Another chapter has been written in the Peoples’ Manifesto,” said Kaloki.

The Azimio coalition gubernatorial aspirant for Nairobi ticket Polycarp Igathe says his running mate Philip Kaloki will not be swapped despite the imminent fallout with the Wiper Party.

The statement follows a recent push by Wiper to exit Azimio after the nomination of Narc Kenya leader Martha Karua as Raila Odinga’s running mate, a post Wiper leader insisted was suited for him.

“Am telling you that my ticket is Polycarp Igathe and Philip Kaloki, it was actually blessed by our party leader Raila Odinga in a mammoth rally in Kamkunji,” Igathe stated during an exclusive interview with Capital FM News.

Concerns have been raised over the status of the ticket as Musyoka who is in his way out of Azimio coalition had brokered a deal to have Kaloki deputize Igathe after Odinga got the presidential ticket in the coalition.