The ship finally capsizes for Mulamwah and Carrol Sonie 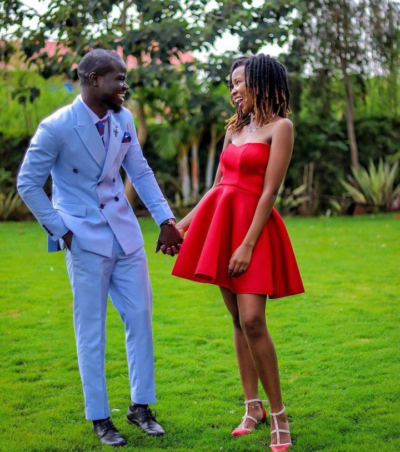 Carrol Sonie has confirmed today 6th December 2021, that they are no longer together with David Oyando popularly known as Mulamwah.

Sonie took it to her Instagram page saying that they have patted ways with Mulamwa for reasons best known to them. She even thanked her funs for the support they have been given them for the past four years.

This comes days after they unfollowed each other on Instagram which made netizens get suspicious about their relationship.

In the past the two had splitted after Sonie had a miscarriage. This broke mulamwah and he even burned down his comedy identity shirt. However, they seemed to solve their differences and came back together strong.

They were even blessed with a beautiful girl which went viral, as they seemed to be happy to have the baby which strengthened their relationship.

With the baby girl gaining many followers on social pages just a day after her birth, love was seen on all Mulamwah’s posts as he praised his baby Mama.

Speculations have it that they parted ways long ago but played cool for the sake of the child.