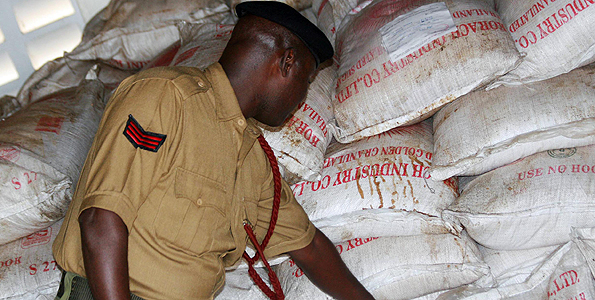 Three suspects have been charged at the Kisumu Chief Magistrate’s Court with two counts related to smuggling of sugar worth KShs. 1.2 million.

The three were arrested on the 14th day of September 2021 at Sikata-Kimilili Road in Bungoma County where they were found in possession of four hundred bags of sugar (400) bags of sugar each weighing 50 kg products of Uganda.

The accused was arrested by officers from the National Police Service. The accused persons were unable to produce valid importation documents.