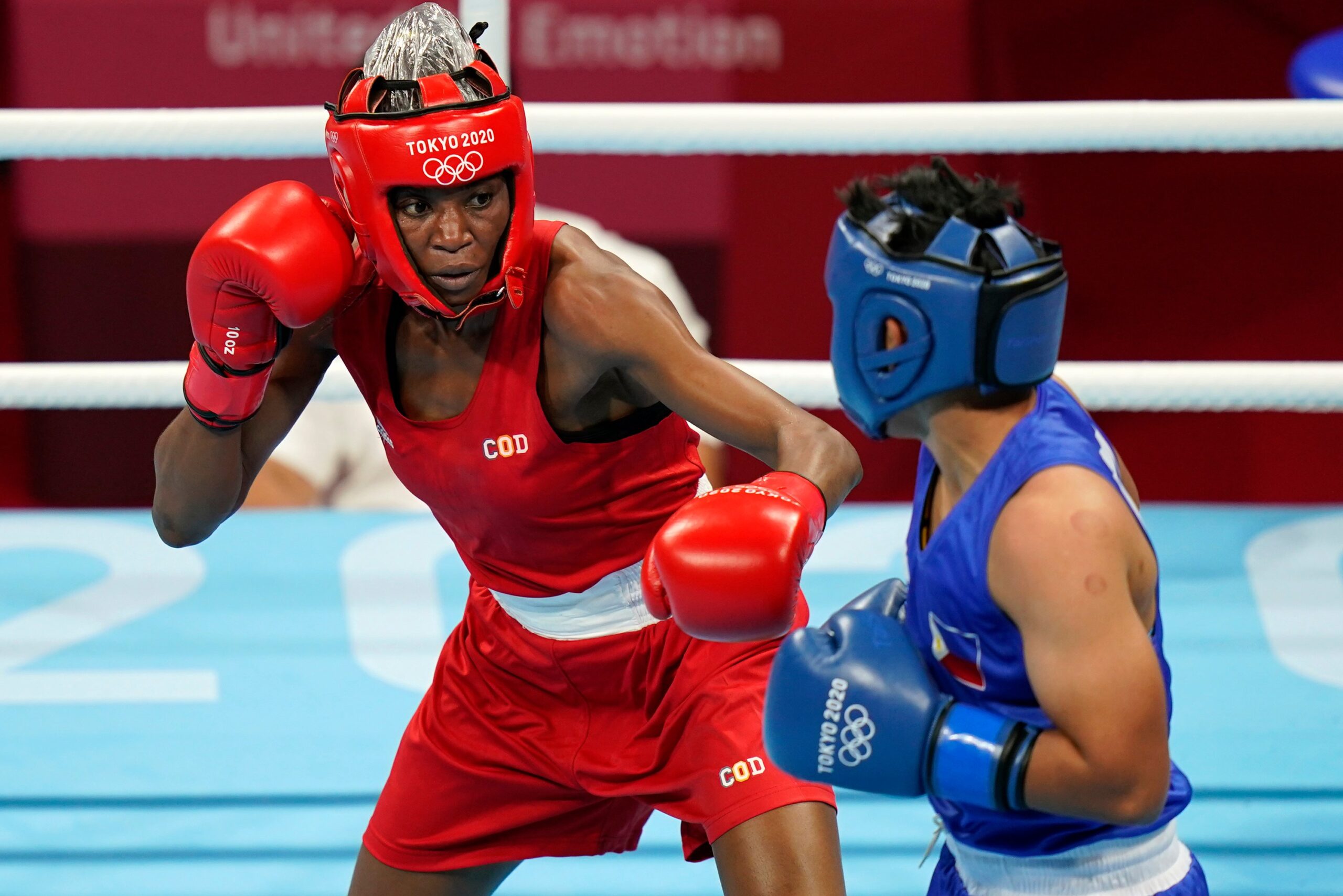 The 2017 Africa champion Democratic Republic of Congo’s Marcelat Sakobi Matshu emerged as the first African to bow out of boxing competition at the Olympics in Tokyo, Japan on Saturday, July 24th, 2021.

Matshu who was Congo’s flag bearer during the Olympics opening ceremony was eliminated by World champion Nesthy Petecio from the Philippines at Kokugikan Stadium.

Petecio was in control the entire bout, stepping into the pocket against her taller opponent and landing clean shots to the head.

Petecio was never in trouble throughout the bout and handled the Congolese’s last-ditch flurry in the final round.

All five judges ruled the three-round match in favor of Petecio, the reigning world champion, who advances in the women’s featherweight (54-57 kilograms) division against Taiwanese world No. 1 Lin Yu-ting on Monday.