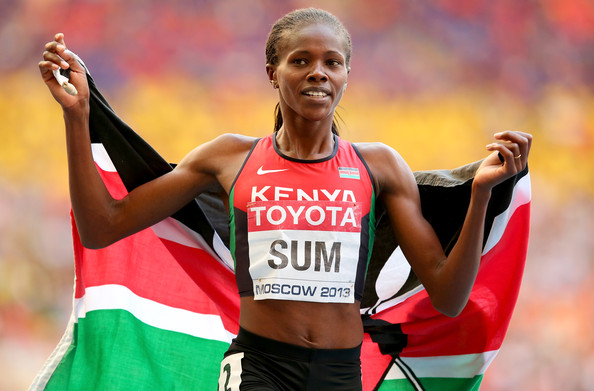 Sum will be deputized by Rugby 7s, Shujaa Captain Andrew Amonde who will also be the flag bearer during the Opening Ceremony of the 32nd edition of the Olympic Games.

Alongside Amonde during the event at Tokyo Olympic Stadium on 23rd July 2021, will be Malkia Strikers captain Mercy Moim.

This is following the information from IOC allowing countries to have gender representation at the opening ceremony, and with the captain, Sum, traveling much later to the Japanese capital, Mercy will take the mantle, representing the 3rd largest team in Team Kenya after Athletics and Rugby 7s.

Mercy Moim and her team were elated when the news was broken to them after their training session this evening in Kurume city, following the confirmation of the same by the Cabinet Secretary Amb. Amina Mohamed.

The decision to have a lady captain stems from the fact that Kenya is historically sending 56% of the women representative to this year’s Olympics. The contingent of 87 athletes includes 49 women and 38 men. In respect to this, the CS last week sent a stern warning to sport federations against the indecent treatment of women in sports, and inclusion in management of women’s teams.

‘This is a good surprise and a great honour to carry the flag of Kenya. I was not expecting it, if I look at my journey as a girl from a small village called Kaboiyo, I am elated and even more motivated to ensure our national anthem is sung during the Olympics.’ said Moim.

‘This is big not only for Malkia Strikers but volleyball internationally. I think Moim will be one of only two volleyball flag bearers in the world. The next one being This is the information we have so far,’ said the Malkia Strikers coach Paul Bitok.

On her part, Eunice Sum, who is a senior athlete in the Athletics contingent and who plans to exit the stage after these Games recognises that there is a new generation in her 800m distance and hopes to captain team Kenya to the finals in Tokyo.

The 33-year-old said the Tokyo Olympics will be open with notable names like defending champion Caster Semenya missing out on the field.

“We will have stiff competition as this Olympics has a new generation,” she said.

Sum will fly Kenyan flag in the 800m with compatriots; Mary Moraa and Emily Tuei.

She is concerned with Kenya’s losing dominance over the two-lap race where Kenya’s last gold medal in the women’s race at the Games came through Pamela Jelimo in 2008. “I hope in the near future Athletics Kenya and concerned athletics stakeholders should invest more in the upcoming talents to fill any loops in the 800m race,” added Sum.