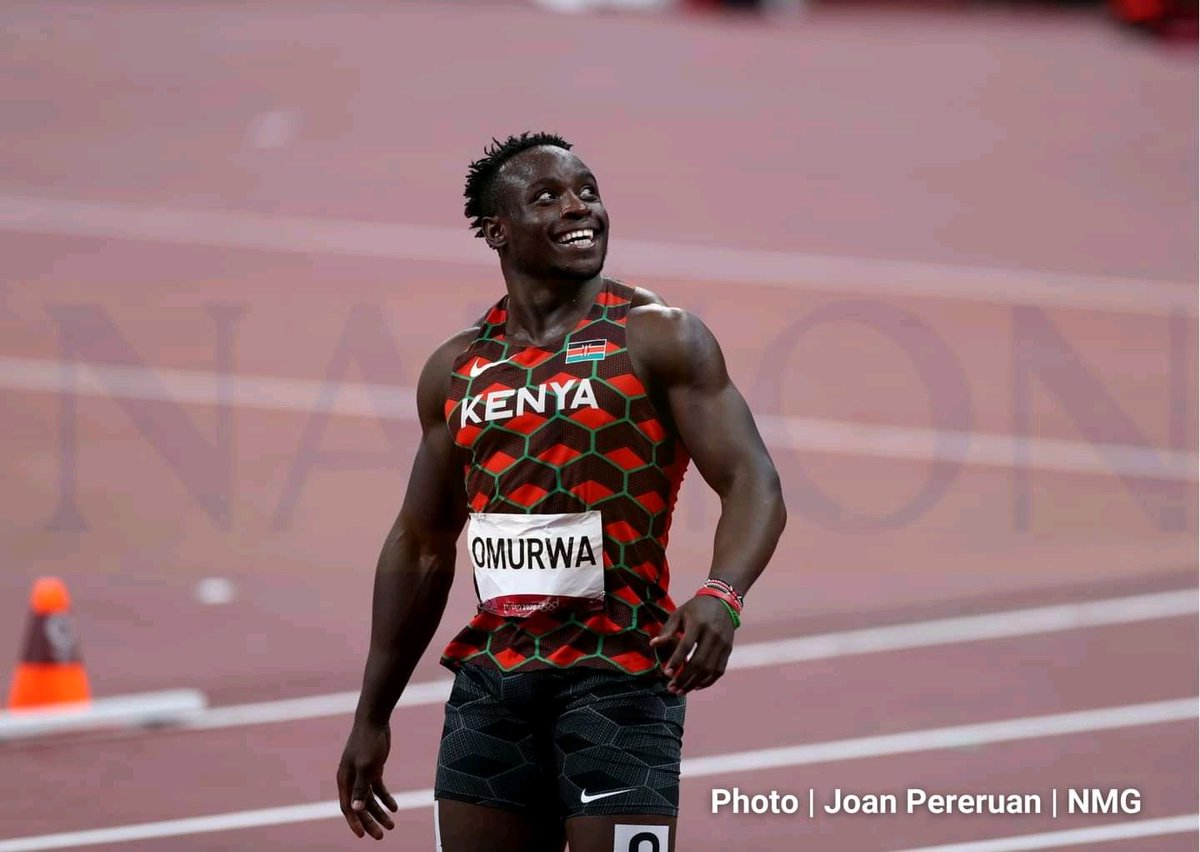 Sensational 100m national record holder Ferdinand Omanyala has jetted back into the country from Tokyo 2020 Olympics on August 4th, 2021.

The OdiBets sponsored Omanyala, who made history by becoming the first Kenyan to advance to the semifinals of the elite 100m dash event, was evidently elated with his achievement for the country as he landed.

“I am happy to jet back to the country and the love from the family and the country is just overwhelming” said Omanyala.

Omanyala broke his recent national record of 10.01 to set a new one of 10.00 as he crossed the line in the first heat of the semi-final to beat, among others, the former world champion, Yohan Blake of Jamaica, who he terms as his role model. He finished in the third spot.

Omanyala continued with his fairy run tale at the Tokyo Olympics as he broke his own national record during the semi-finals on Sunday.

Omanyala set a new national record of 10.00 as he dipped across the line to beat the likes of former world champion Yohan Blake of Jamaica in the first heat of the semi-final in finishing in the third spot.

USA’s Fred Kerley won the heat in 9.96, but Omanyala was separated by Canada’s Andre de Grasse in the second position by a photo finish. The Canadian clocked 9.98.

The 100m sensation hopes that his achievement in the Olympics will inspire many young Kenyans into the new sprints territory.

Meanwhile, The National Rugby women team also jetted in the country after putting in their best efforts at the Tokyo Games, where they finished position nine overall.

With the lessons learnt from the Olympics, they expect to work on their weak areas as they now focus on future events.