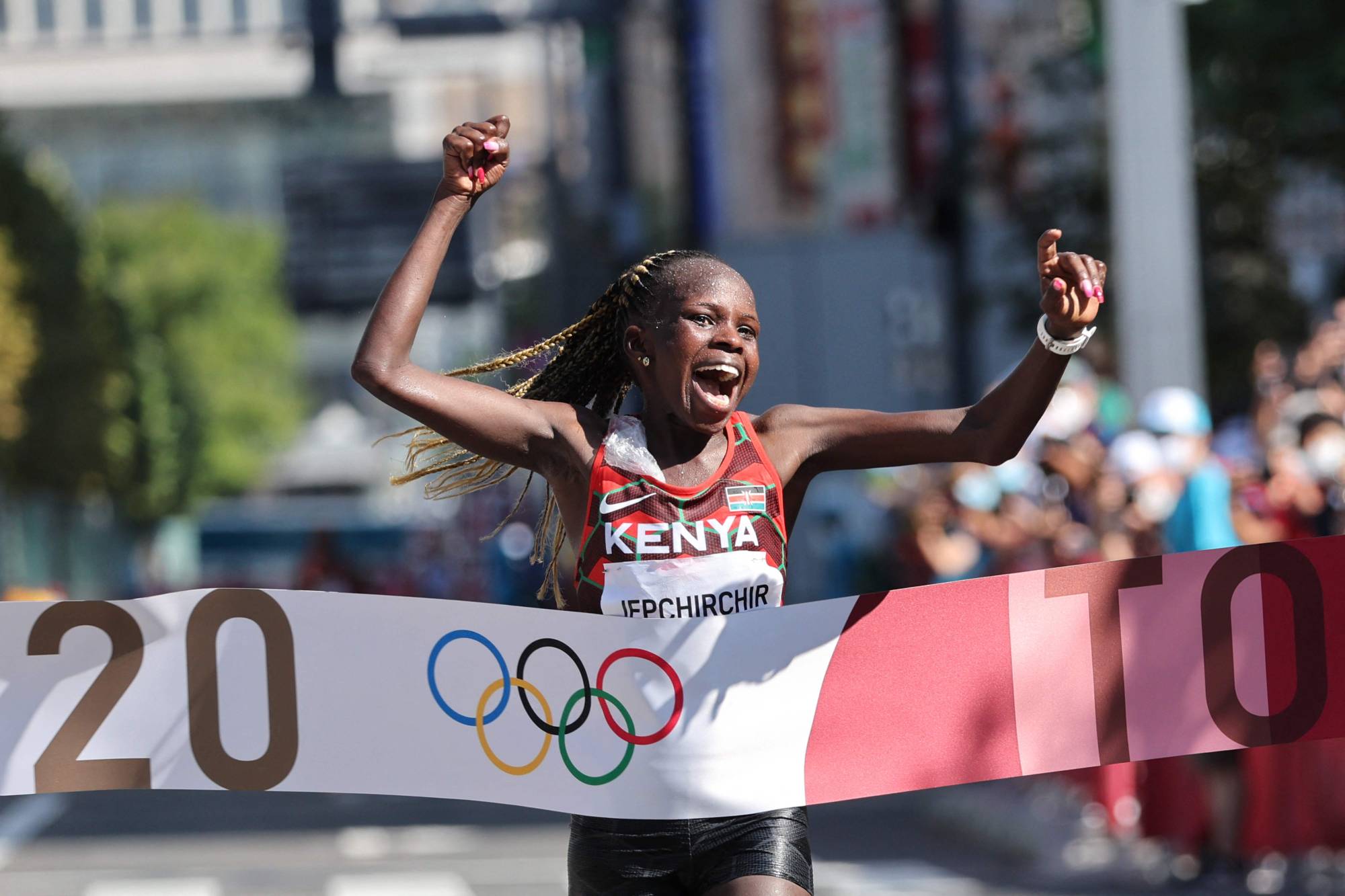 Jepchirchir crossed the line in two hours, 27 minutes and 20 seconds, her season’s best time, to finish a physically exhausting race in a hot and humid Sapporo.

Kenya joins Japan as the only countries to win back-to-back gold medals in the event.

It leads all countries with seven medals total since the women’s marathon joined the Olympic programme in 1984.

Kenyans Kosgei, the world record holder, and world champion Ruth Chepngetich had been favourites to win gold on Saturday.

The Yangzhou Jianzhen International (China) Half Marathon course record holder was 16 seconds ahead of Kosgei to win gold.

The London Marathon sixth place finisher Team USA’s Molly Seidel, a relative newcomer to the marathon, took home the bronze in two hours 27 minutes 46 seconds which is the first marathon medal for an American woman since Deena Kastor in 2004 in Athens, Greece.

Jepchirchir’s gold gave Kenya its second consecutive women’s marathon title at the Olympics. The women’s race in Rio in 2016 was won by Jemima Sumgong.

This is the 10th running of the women marathon at the Olympic Games after it was first included in the Los Angeles Games in 1984.

Kenya have won seven marathon medals in the event’s 10 appearances, but this was the country’s first gold and silver in a single Olympic marathon race.

The Olympic organisers started the race one hour earlier, at 6 a.m., due to concerns about the heat in Sapporo.

An 88-strong field lined up at the start of the 42km course in Sapporo Odori Park. Fourteen runners, including world champion Ruth Chepngetich of Kenya, did not finish.

“It was so hot, it was not easy,” said Jepchirchir. “I’m just thankful I managed (to cope) with that weather.”