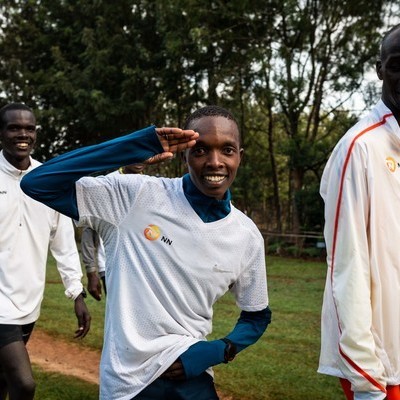 The 10,000m World under 20 champion Rodgers Kwemoi will be looking to break Kenya’s 53-year gold spell in the men’s 10,000m at the Olympic Games in Tokyo, Japan.

Naftali Temu was the last Kenyan to clinch Olympic gold in the men’s 10,000m at the 1968 Olympics in Mexico City and the country has hungered for too long for another gold in the long-distance race.

As he readies himself for an assault at the men’s event, Kwemoi who is the Commonwealth Games 10,000m bronze medalist will be in the good company of Weldon Kirui in the race which will be on the first day of track and field competition come July 30th, 2021 at 1430 hours.

‘’I’m going for my first Olympics in Tokyo, I have gone to almost all races, World Championships, but this is the biggest sporting event. My preparations have been going on well and I feel ready.”

Early mornings in the steep valleys at Ngong, heavy speedwork at Kasarani, and closing the day with jogging at Karura Forest for the past one month in camp has molded the 2016 World U20 Champion into a brilliant sparkler.

‘’I have my personal target at the Olympics, and that is to be in the top three. I got a bronze medal in the 2018 Commonwealth and after all the training, I’m confident I’m either going to lead or come second place.’’

Kwemoi will now have the task of breaking the spell without his friend and training partner Geoffrey Kamworor after being ruled out due to injury. After an invigorating excitement last month at the trials, Kenyans hopes were boosted when the 2015 World 10,000 Silver medalist brought his A-game.

‘’It’s quite disappointing, to say the least, running alongside him is the biggest motivation. We’re brothers! Good friends, I learned of the injury long ago because we talk almost daily, so in this race, I’m not only running a Kwemoi against the clock type of race, I know I’m representing him and myself.’’

As Kenyans woke up to the sad news today of an athlete built like a hattrick goal- cross country, track, and road running, all eyes lie on Kwemoi and Kirui to wake the long years of over a semi-decade of gold spells.

“Tokyo is very special for us as we are returning to where we first picked an Olympic medal. We have the potential and ability to strike this 10,000m gold medal here through our young men, who are equally inspired and thirsty for something special”, said Paul Tergat, President of Olympics Kenya and himself a silver medalist in the event during a scintillating final duel with his track nemesis and friend, Haile Gebrselassie of Ethiopia.