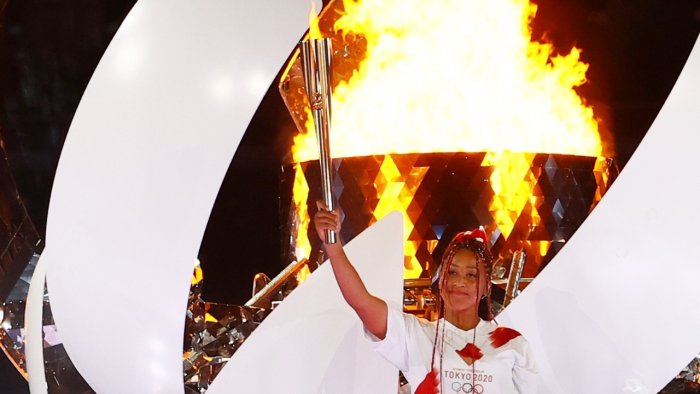 World tennis number two and four times Grand Slam champion Naomi Osaka was given the honour of lighting the Olympic cauldron at the Opening Ceremony of the delayed Tokyo 2020 Games, on July 23rd, 2021.

The 23-year-old follows in the footsteps of a long line of iconic athletes who have been chosen to light the Olympic cauldron at a Games.

In Atlanta back in 1996, legendary boxer Muhammad Ali created one of the most powerful moments in the Games’ history before two times World 400m champion Cathy Freeman did the same, four years later in Sydney.

At the most recent Games in Rio de Janeiro, the honour was handed to two times marathon winner of the Pan American Games Vanderlei Cordeiro de Lima.

Osaka, who has been open about her mental health struggles recently, received the torch at the end of a relay that included great icons of Japanese sport, key workers, and children from regions affected by the earthquake and tsunami 10 years ago.

The lighting of the cauldron by Osaka came at the end of a considered and measured ceremony. It was titled ‘United by Emotion’ and delivered inside an empty Olympic Stadium in Tokyo.

“Undoubtedly the greatest athletic achievement and honour I will ever have in my life,” Osaka said after the ceremony on social media.

“I have no words to describe the feelings I have right now, but I do know I am currently filled with gratefulness and thankfulness. Love you guys, thank you.”