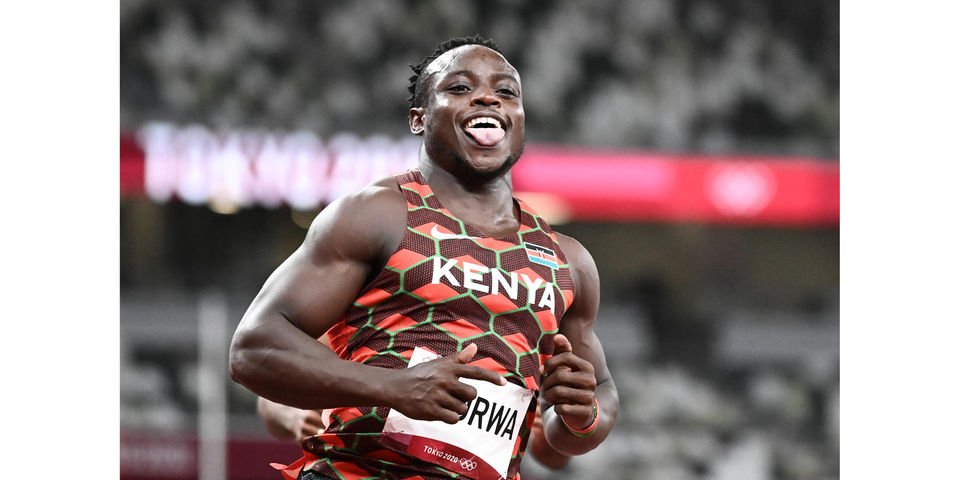 Ferdinand Omanyala emerged as the first Kenyan to reach the Olympics 100m semi-finals in Tokyo on Saturday, July 31st, 2021.

Omanyala equaled his own national record, clocking 10.01secs to in finishing third in his heat to qualify for the Semi-Final of the Olympic Games.

Omanyala who had earlier stated he wants to be in the final came off third behind Canadian Andre de Grasse and United States’ Kerley Fred.
He equaled the record he set during the Making of Champions race in Nigeria earlier this year.
After two false starts, Omanyala rose up slow but managed to steady after 30m to power home, pushing his head over the line to earn an automatic qualification slot.

Omanyala was the lone ranger for Kenya in the 100m heats after Mark Otieno was suspended hours to the heats.
He returns today to the Tokyo Olympic Stadium at 1:15 pm Kenyan time. He is in Heat 1 where his 10.01 mark is the second slowest.