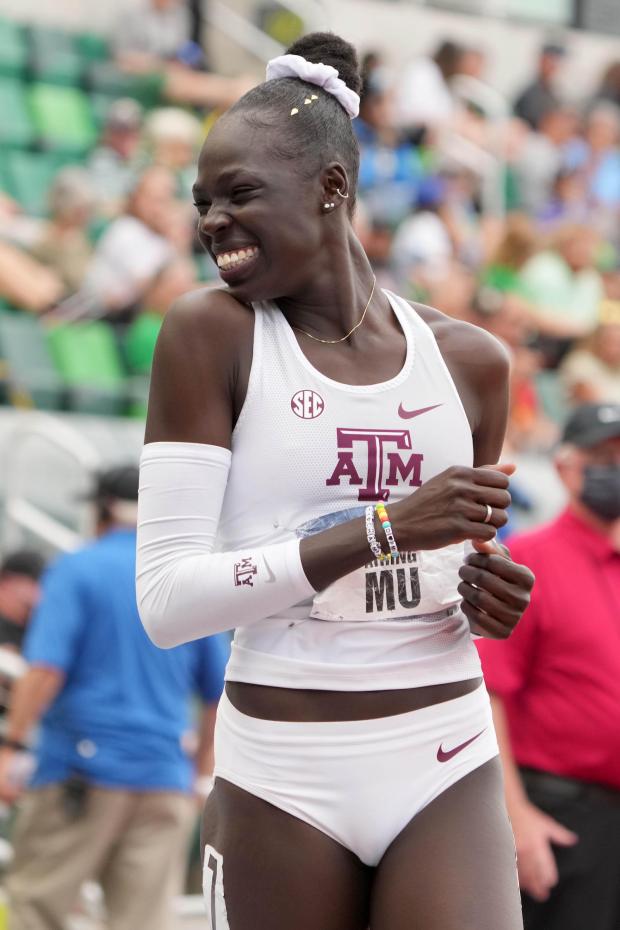 American teenager Athing Mu on Tuesday, August 3rd, 2021 became the first U.S. woman since 1968 to win the 800-m gold medal at the Olympics.

Mu crossed the finish line in 1:55.21 seconds to capture the title ahead of European Indoor 800m champion Great Britain’s Keely Hodgkinson took the silver medal with a time of 1:55.88 to set a new British record.

The 19-year-old Trenton, N.J. native whose parents came to the U.S. from Sudan, became the youngest American woman to win an individual Olympic track and field gold medal since Wyomia Tyus in the 100m at the 1964 Tokyo Olympics.

Mu dominated the competition from the moment she stepped on the track in Tokyo. Mu posted a time of 2:01.10 in Round 1 and 1:58.07 in the semifinal, finishing first in both heats.

Mu arrived in Tokyo a few weeks after she completed a historic freshman year at Texas A&M, where she broke a host of collegiate records and won the N.C.A.A. title in the 400.

Mu has eye set on completing a double as she eyes the 400m gold. Only one athlete, Cuba’s Alberto Juantorena, has ever won both the 400-m and 800-m in the Olympics; he earned gold in both at the 1976 Montreal Games.