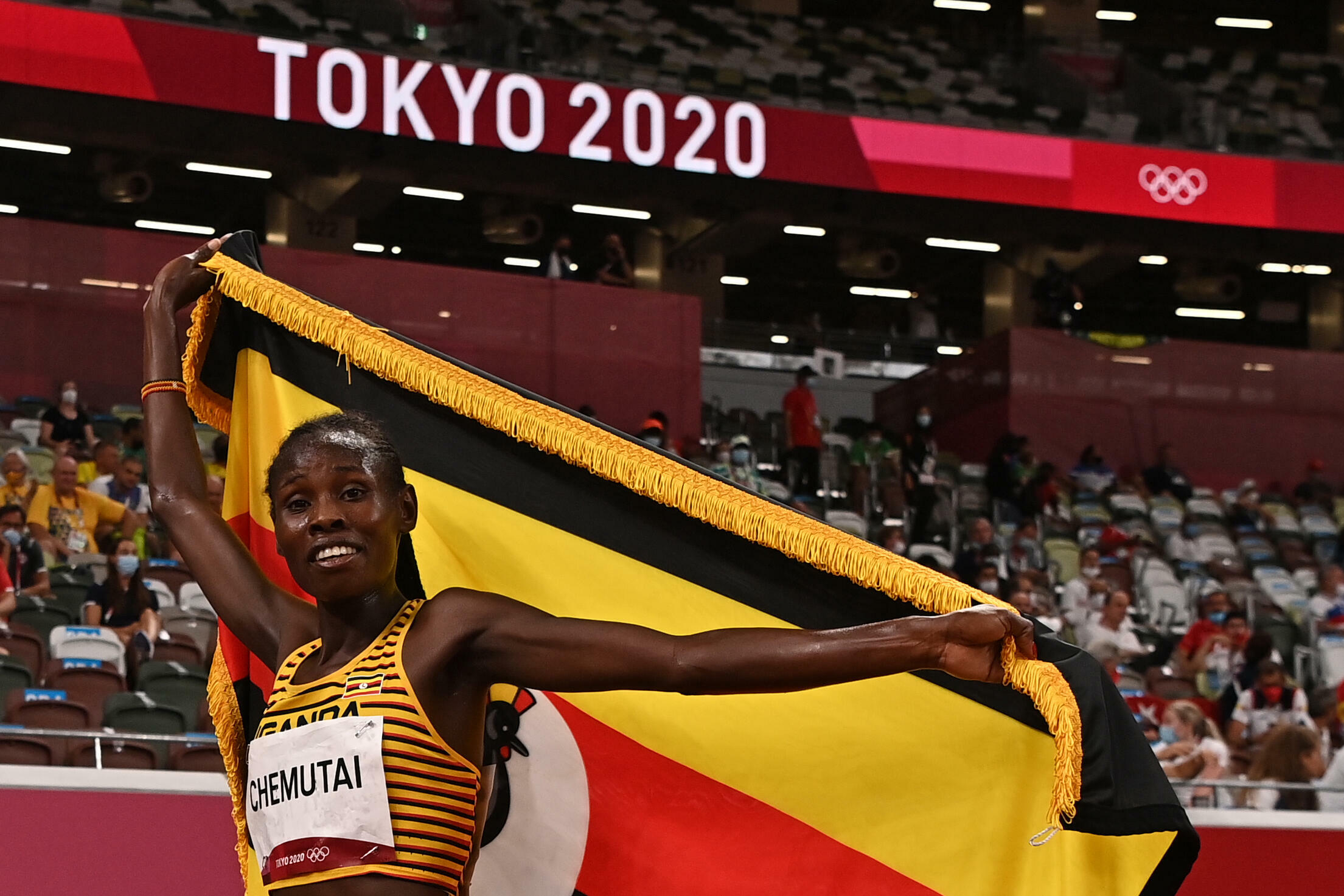 Kenya’s drought for an Olympic women’s 3000m steeplechase win persisted with former World champion Hyvin Kiyeng settling for bronze as Peruth Chemutai became the first Ugandan woman to win an Olympic gold medal in any sport when she triumphed in the women’s 3,000m steeplechase on Wednesday, August 4th, 2021.

Kenya has not won the women steeplechase title since it was introduced to the Olympics in 2008.

That drought continued into the 2020 Tokyo Olympics as Hyvin Kiyeng could only manage a bronze medal.

The 22-year-old Ugandan clocked a time of 9:01.45 to finish over three seconds ahead of American silver medallist Courtney Frerichs with Kenya’s Hyvin Kiyeng taking the bronze.

“I’m so happy and proud of myself. It was a good race – I enjoyed myself and I enjoyed the weather,” Chemutai said, referring to the heat in Tokyo.
Chemutai’s triumph was only the third Olympic gold won by Uganda in any sport — after John Akii-Bua’s 400m hurdles win in 1972 and Stephen Kiprotich’s victory in the 2012 marathon.

She moved in front early in the race before Frerichs took the initiative with three laps to go, pulling away from the field.

But Chemutai responded to the challenge and overtook the American on the last lap before crossing the line 3.34 seconds ahead of her.