TotalEnergies CAF WOMEN’S CHAMPIONS LEAGUE: Okere confident they will pull through to semis 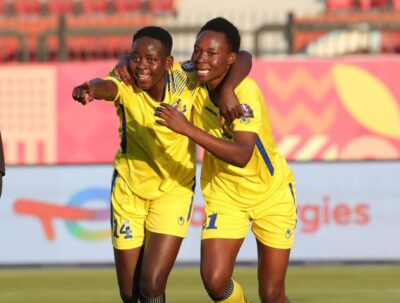 Vihiga Queens head coach Charles Okere has remained confident that his side will win their last Group B match against Nigeria champions Rivers Angels in the TotalEnergies CAF champions League that is ongoing in Egypt.

Okere charges picked their maximum points in their group following a 2-0 win over ASFAR of Morocco in their second match of the competition.

Commenting after the win Okere expressed his confident in the team saying that the win will act as a motivation as they prepare for their last match of the group.

” We went back to training after our first match and the girls followed instructions from the first to the last minute.We are very happy for this win and this is a win that will motivate us in moving forward to the next match,” said Okere.

The tactician added that they will treat every match as a final with high hopes of sailing to the last eight where the top two teams from two groups are expected to proceed.

“This is a very tough competition full of champions and every match is a final match.We prepare and hope we will win our last match of the group,” he said.

Vihiga Queens is second with three points while ASFAR of Morocco lie third on three points. River Angels haven’t picked a point from the two matches so far.

In group A, Hasaacas Ladies top the table standing on six points and they are closely followed by Malabo Kings who have managed three points in the second place. Wadi Degla is third on three points while AS Mande is fourth without a point.