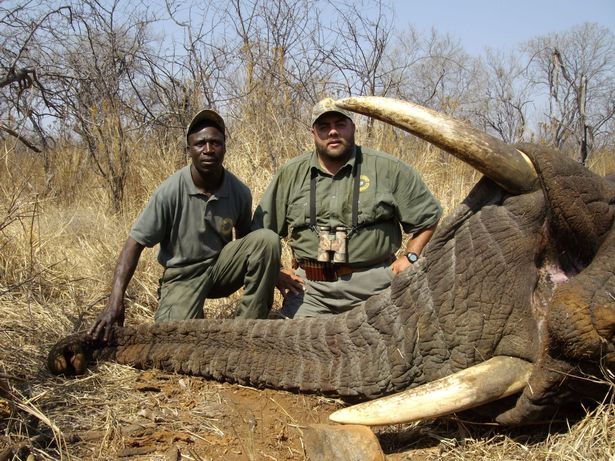 New research reveals that South African citizens and international tourists want to see an end to trophy hunting, in favour of wildlife-friendly experiences.

This comes as South Africa opens-up consultation on its draft Conservation and Sustainable Use of South Africa’s Biodiversity white paper.

World Animal Protection commissioned research into public attitudes towards trophy hunting, surveying 10,900 people from around the world, including international tourists from countries who most frequently visit South Africa, and South African citizens.

It revealed universally strong opposition to the blood sport and a desire to finance the protection of the nation’s iconic wildlife through non-lethal alternatives such as responsible wildlife tourism.

The key findings from the research revealed:

Nick Stewart, Global Head of Campaigns for Wildlife at World Animal Protection said:“The white paper seeks to create a prosperous nation, living in harmony with nature where biodiversity is conserved for present and future generations, this is a great start. But it falls short on clarity or tangible commitments to end global commercial wildlife trade, which includes captive lion breeding, the use of big cats for traditional medicine and trophy hunting.

“The Republic of South Africa needs to take decisive action to move towards a more wildlife friendly future. It’s not too late for them to grasp the opportunity to make a clear stand, by fully embracing non-lethal wildlife-friendly alternatives, including responsible wildlife tourism, which is clearly what international tourists and local people are seeking. It’s time to make public, time bound commitments, starting with killing off trophy hunting – for good.”

Edith Kabesiime, Wildlife Campaign Manager (Africa) at World Animal Protection said:“The life of a wild animal is worth so much more than the trophy it is too often reduced to. This is the shared view of tourists, who want to visit the country to see wildlife alive and thriving, and of South Africans who want to see the incredible wildlife on their doorstep, protected properly, in a humane and ethical manner.

“The government needs to listen to South African voices who clearly don’t want their wildlife heritage plundered any further and want to see change. Continuing to make wild animals shoot-to-kill targets at the mercy of wealthy westerners is outdated in a world where public attitudes are swiftly shifting.

“Without taking a firm stand, South Africa is starving the oxygen from creative thinking to identify, incentivize and implement non-lethal alternatives to conserve Africa’s iconic wildlife. Wildlife has the right to a wild life free from cruel commercial exploitation; we need to respect and protect them.”

World Animal Protection welcomed the decision from the Department of Forestry, Fisheries and the Environment of South Africa in May 2021, when new measures to halt the domestication of captive lions, as well as the phasing out of the commercial captive lion industry was announced. Yet this progressive step has stalled, with little progress taking place in the year that has followed.

The development of wildlife-friendly tourism and the removal of wildlife exploitation like trophy hunting and captive lion breeding, has the potential to enhance South Africa’s international reputation as a global leader for wildlife-friendly experiences. It would reposition the country as an even more competitive destination of choice for responsible travellers and tour operators.

World Animal Protection is now calling for the Republic of South Africa to:

–        Reject cruel, lethal practices such as trophy hunting as a default approach to sustainable development and conservation.

–        Invest in other non-lethal economic alternatives, including wildlife-friendly tourism instead.

World Animal Protection is asking the public to add their voice to the 60-day public consultation on the white paper and demand a genuine wildlife friendly future for South Africa.