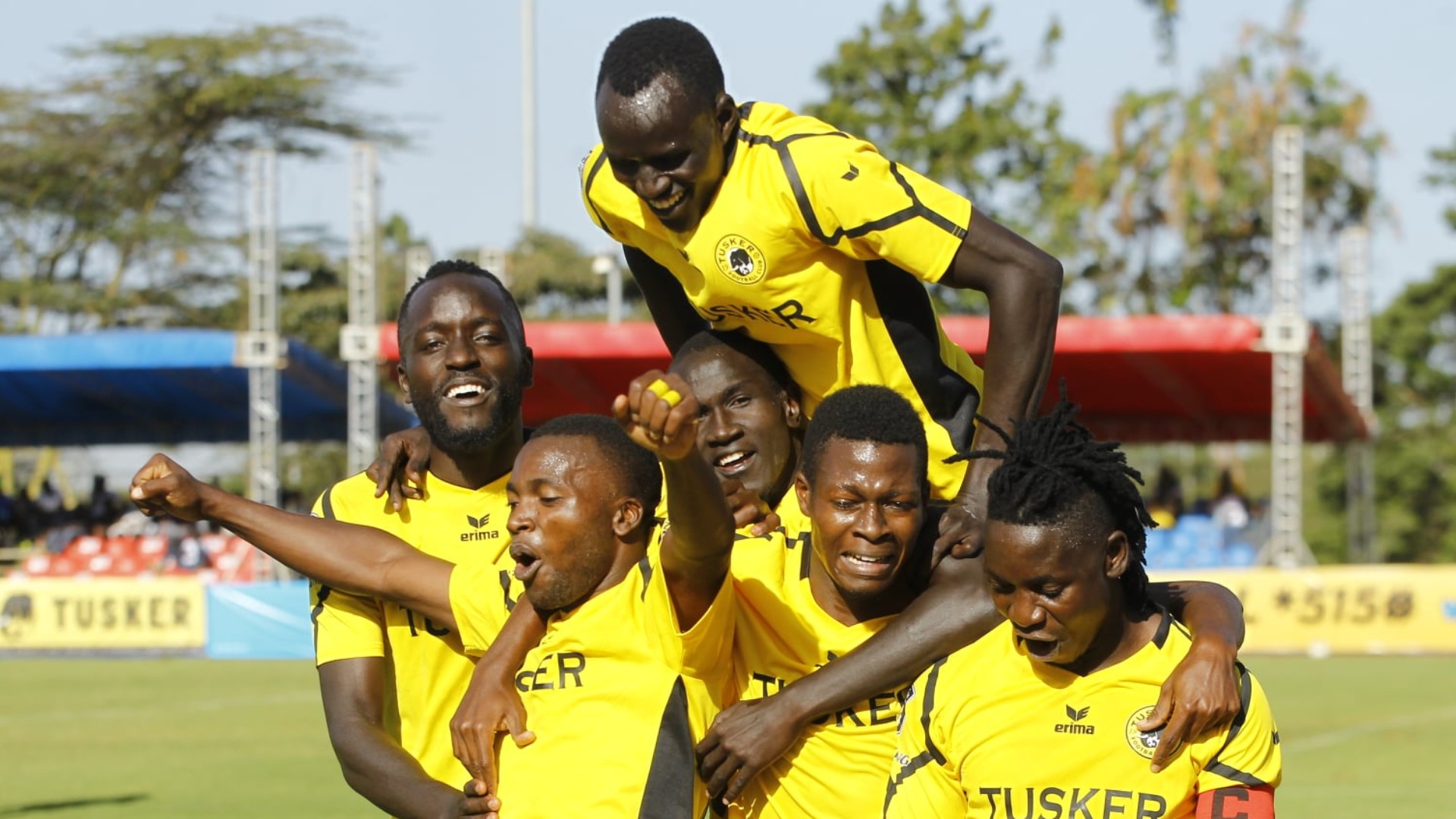 Tuskers dream of getting crowned for the 12th time is much on course as the side came back from a 1-0 trail to win the game 2-1 at the Ruaraka Grounds.

Sofapaka opened the scoring in the 32nd minute via a Lawrence Juma penalty after Michael Madoya brought down Joe Waithira within the 18yard box.

Sofapakas lead did not last past the 45 min mark as Rogers Aloro equalised for Tusker in the 39th minute after Maritas corner found him unmarked, giving him enough time to slot in a fine volley to bring Matano’s men at par with their visiting hosts.

Coming back into the second half both sides tried much they could to kill off the game but to no avail.

Matano’s matchday tactics finally paid off in the 81st minute as substitutes Humphrey Mieno and Jackson Macharia combined to score the much decisive goal that brought Tusker back to the helm of PL standings.

Earlier on in the same venue, Mathare United edged out Nairobi City Stars 2-0 to bolster their hopes of staying in the top-flight league after struggling for a better part of this season.

The against City Stars was their seventh of the season and third win in a row, Daniel Otieno was once again on the score sheet scoring the second goal in the second half with Clifford Alwanga scoring the opening goal in the first half.

In the other games played today Ulinzi Stars held Bidco to a one-all draw at the Thika Stadium, with AFC Leopards scoring 3 past Vihiga United on the same pitch.

Four games have been lined up for tomorrow with the highlight being the doubleheader at Thika Municipal Stadium, Posta Rangers will host relegation-threatened Western Stima in an early 1 pm kick-off.

KCB will be hoping to win the match as a slump against Gor will see their hopes of winning the league get slimmer.

In the western region, Kakamega Homeboys will play Bandari FC at the Bukhungu Stadium with Nzoia Sugar playing money bags Wazito FC at the Sudi Stadium, both matches will kick off at 3 pm.