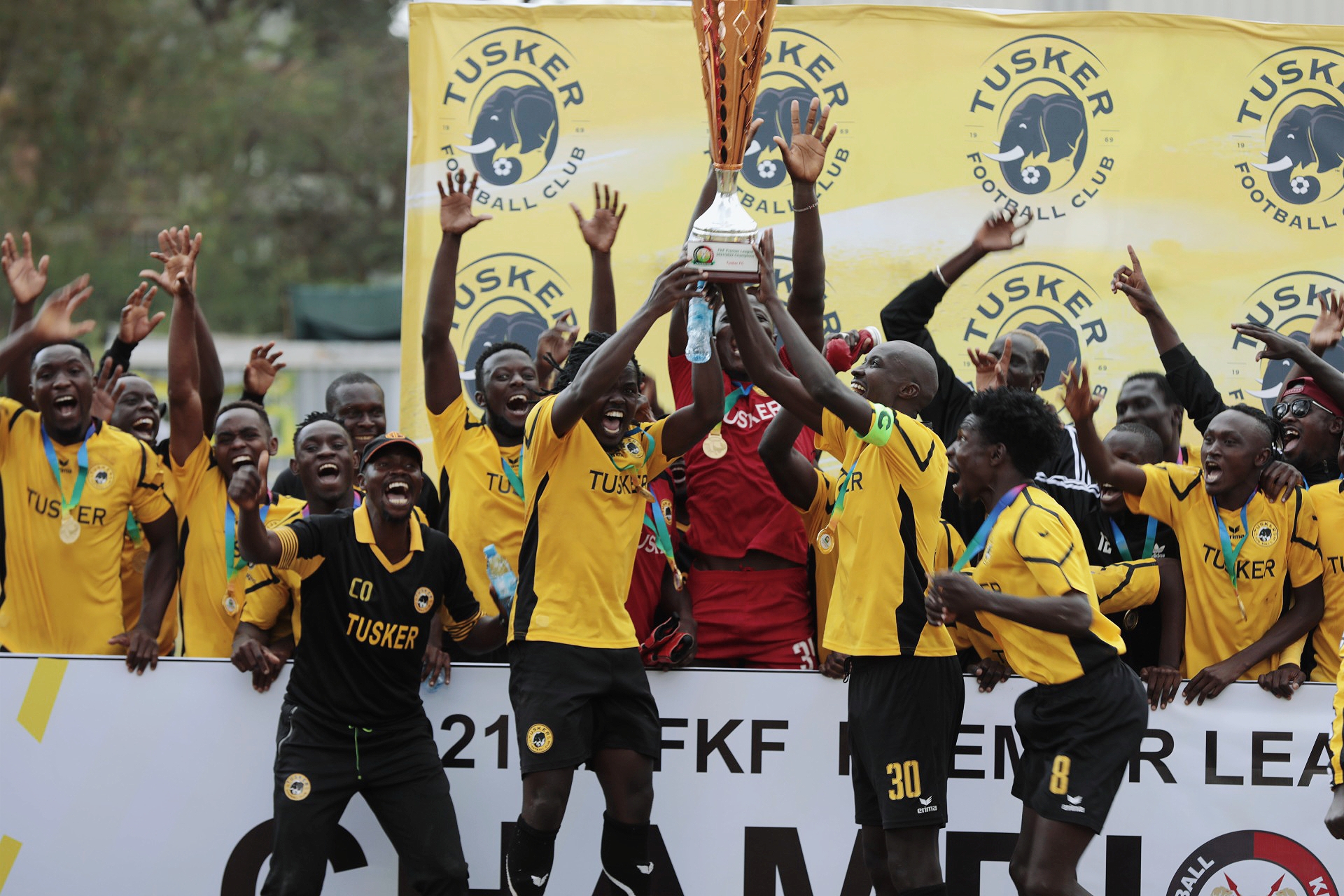 Ten-man Tusker posted a 2-0 win over Posta Rangers to retain the Football Kenya Federation Premier League (FKF-PL) title at Ruaraka Sports ground on Sunday, June 12th, 2022 on the final day of the season.

It was a must-win for coach Robert Matano’s men in their quest to increase their title tally to 13, since they were tied at the top of the table on 60 points with Kakamega Homeboyz ahead of Sunday’s matches.

Shaphan Siwa and substitute Jackson Macharia struck in both halves of the match to see Tusker successfully defend the title.

Tusker and Kakamega Homeboyz both finished at the top of the league on 63 points each, but the brewers were crowned champions thanks to a superior goal difference of +4.

A loss would have seen Homeboyz stroll to their maiden FKF-PL title since they were awarded a walkover after their would-be opponents Kariobangi Sharks failed to show up at Mumias Sports Complex in Kakamega for their last match of the campaign.

Homeboyz need to win by more than four goals to land their first ever league title while a win of any kind will see Tusker retain the trophy.

The mailmen honoured the fixture a week firing coach Salim Ali after a 2-1 loss to Wazito in a game which was marred by claims of match-fixing.

Posta Rangers beat Tusker with an identical 1-0 scoreline in the second leg last season and the first leg of this season. 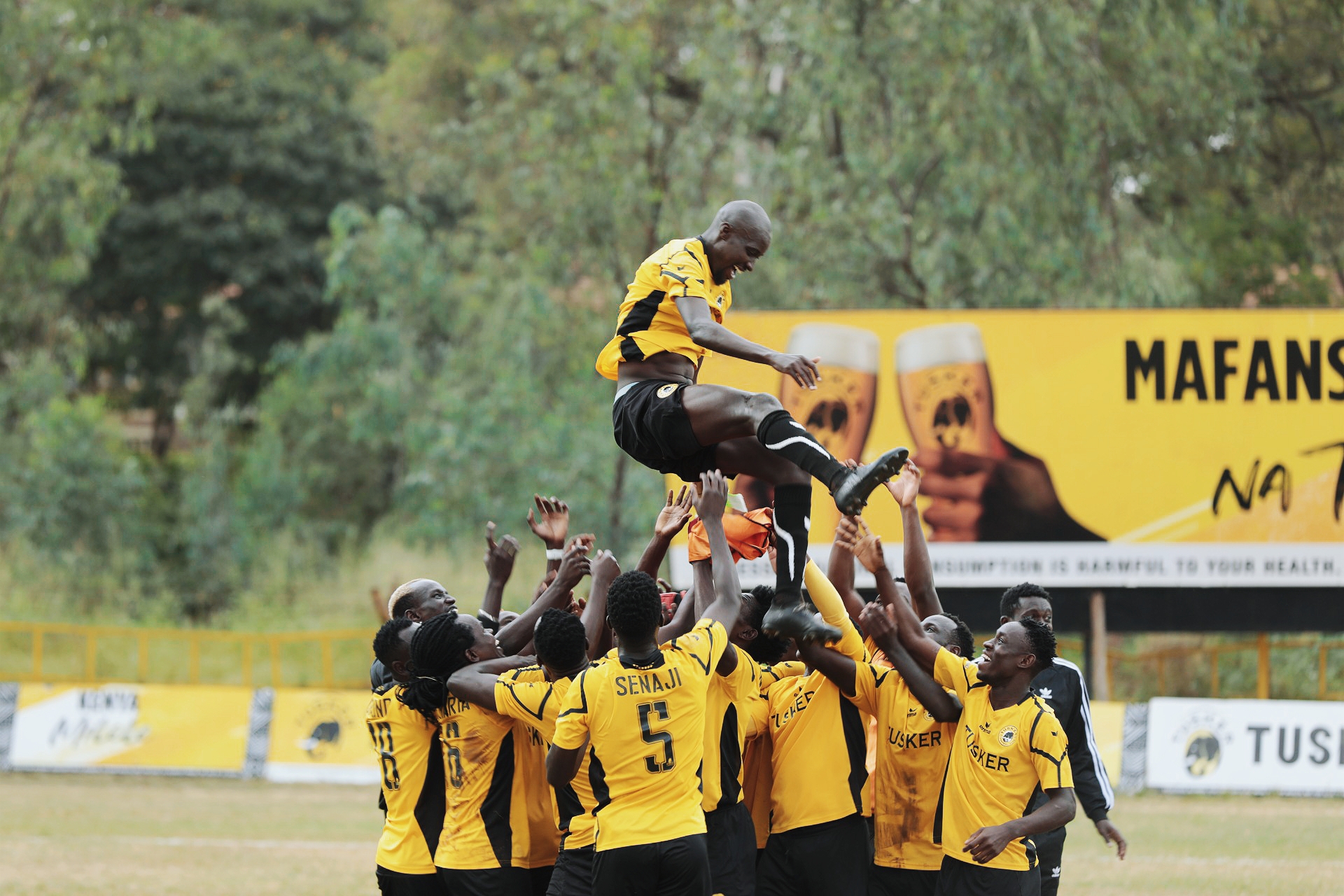 Tusker FC players celebrate after clinching the Football Kenya  League(FKF PL) title on the last day of the league at Ruaraka Sports ground in Nairobi on Sunday, June 12th, 2022

Commenting on the sidelines of the match, Coach Robert Matano was full of praise for his team; “We are very delighted to have won the league for the second year running. It took a great deal of dedication for the team to win this tittle despite having started off quite badly. Nothing comes easy in life and the boys understood that it had to take more than hard work to be successful. I also thank our sponsors Kenya Breweries Limited
for the support throughout the season which ensured we were well prepared for all
our matches.”

On his part, Tusker FC Captain Humphrey Miano said; “It has been a difficult season but we managed to hold together as a team and that was key to our success. We faced stiff competition from especially Kakamega Homeboyz but at the end of the day, it was experience and dedication from our side that made the diference. I commend my team mates for this success which is hopefully the first of many for many of them.”

In a season that saw many teams face financial challenges that derailed their progress, KBL Managing Director John Musunga said that continued support for the team made the difference.
“I congratulate the team for yet again winning the title and cementing its place as a top premier league side. Despite starting off poorly, we are glad that the team managed to pick up itself and be able to retain the championship. This couldn’t have come at a better time than this year when the Tusker brand is also celebrating its centenary milestone.”