Twins land themselves anchoring job at KBC, the duo to replace Badi Muhsin 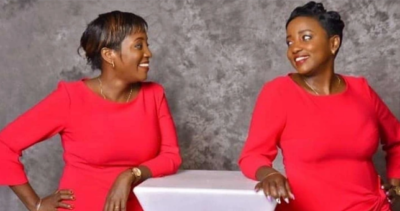 KBC hired the twins to replace the late Veteran News anchor Badi Muhsin who broadcasted Kiswahili news ‘Dira ya Dunia’. The move has excited many Kenyans.

The twins Jamila and Wanjiru Mbugua who landed on the new job are now tasked with fitting in the shoes left behind by the late Badi.

Badi Muhsin had worked for over 30 years as an anchor till when he passed on at Mombasa hotel on Friday afternoon, 8th October 2021 due to an ailment, when he was 67 years old.

It was a tough decision of not choosing between the two for KBC who decided to employ them both.Genetically it is said that identical twins are always working hand-in-hand with each other.