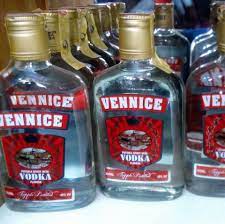 Two people have been charged for being in possession of excisable goods affixed with counterfeit excise stamps with a revenue implication of KShs. 1,430,370.

The duo Francis Mbarire Hungi who is a driver and his “turn boy” Benson Mwangi Mburu were found conveying 16560 bottles of 2500ml Venice vodka affixed with counterfeit excise stamps along the Bomet-Narok Highway on 21st September 2021.

Appearing before Principal Magistrate Bernard Ochoi at the the Milimani Law Courts they were each released on a bond KShs. 500,000/= and a surety of similar amount or a cash bail of KShs.300,000/= with a surety of a similar amount.