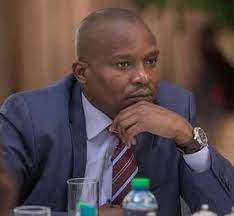 Tharaka Nithi Senator Kithure Kindiki has announced his retirement from active politics  with effect from August 10, 2022.

He  said he wouldn’t equally be available for any appointive position.

“My attempt having failed yesterday, Sunday, May 15th, 2022, I have taken the decision to take a break from elective politics starting August 10,” he said.

“I will use the break to reorganise myself as I support my party UDA and Kenya Kwanza to ensure they deliver to Kenyans on assuming office.”

The senator, who spoke after missing out on the nomination for Deputy President, said he was returning to the academia which he left 10 years ago to seek the Tharaka Nithi Senate seat.

Kindiki said he was satisfied with the process that the party followed in identifying the running mate.

“From the considerations, I don’t feel shortchanged. I proudly associate myself with the process in which Gachagua and I emerged as finalists. I was among a list of six equally qualified colleagues,” he said.

“Let there be no reason for any citizen to feel that they don’t stand a fair chance in taking a shot at any position of leadership in the country”.

Kindiki said his decision to take a break should not be misconstrued for being a quitter.

“I have said I don’t know the language of quitting and I don’t run away from history. I make history.”

The senator said his loss of the seat was by circumstances and not by design.

The senator said he will use the break occasioned by the interruption of his career to focus on other things – not politics.

“After prayerful reflection, I have decided I will not be seeking any appointive position whatsoever,” he said.

“However, I will remain available to my country in future should an opportunity arise to seek leadership positions that may be available.”

The lawmaker however said he would remain active in supporting UDA and Kenya Kwanza on the campaign trail but will not take state jobs.

“I will not perform any appointive position so that it can allow me to live my dream. When I left the academia some 10 years ago, I knew I would have had an illustrious career as a technocrat,” he said.

“That was a decision I had made and I was pushed to serve my country from the platform of politics.”

On the loss to Gachagua, Kindiki said he was home and dry with the decision “as there were a variety of considerations that were made to reach the choice.

“There were several methods my party employed, including opinion polls – which I won and voting through electoral college which I also won. But the sum total of all consideration pointed at Rigathi Gachagua as the most suitable running mate for our coalition,” he said.