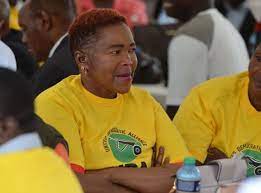 Anyone seeking a Presidential nomination ticket will have to part with Sh1 million for men and Sh500,000 for women and youth and zero charges for people with disabilities (PWD’s).

In the party’s nomination fees schedule released yesterday, February 2nd, 2022.  male aspirants seeking to be nominated for the governor position will be charged a Sh500,000 fee, Sh250,000 for women and zero charges for PWDs.

To be nominated for the senator position, men will be charged Sh250,000 while women and youth will part with Sh125,000.

For the women representative seat nomination, aspirants will be charged Sh250,000 while the youth will be required to fork out Sh125,000.

The hotly contested Member of Parliament seat nominations will see aspirants charged Sh250,000 for men and Sh125,000 for women and youth.

Members are urged to apply for nomination via the party’s website.

UDA’s National Election Board (NEB) chairman Anthony Mwaura, called on its party members  to submit their applications for the various elective seats on or before February 28, 2022.

According to the Independent Electoral and Boundaries Commission (IEBC) political parties have until May 26, 2022, to have conducted their nominations and submitted a list of names to the electoral agency.