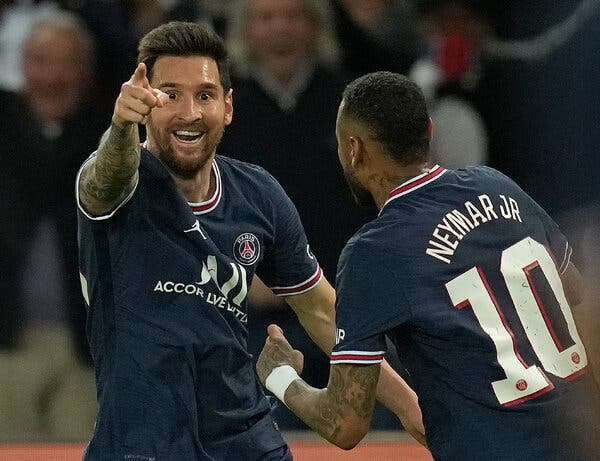 This ended a run of PSG’s four consecutive Champions League matches without a win – including both City games last season.

This was City’s first Champions League group defeat since September 2018, when they lost 2-1 to Lyon, a run of 18 games unbeaten.

They came into the game on a high after beating European champions and Premier League title rivals Chelsea 1-0 on Saturday.

Messi, making his fourth appearance for PSG since leaving Barcelona, ran from the halfway line before playing a one-two with Kylian Mbappe and leaving City goalkeeper Ederson rooted to the spot with a lovely 20-yard shot.

The roar from the Parc des Princes crowd was deafening as the Argentine, on his return from injury, added one PSG goal to the 672 he managed for Barca.

Idrissa Gueye had given last season’s French runners-up an early lead with an excellent drive into the top corner.