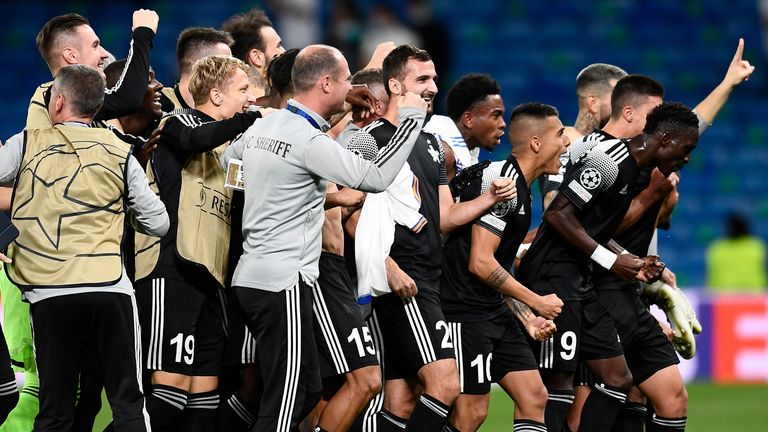 Sheriff, who were founded in 1997 from the unrecognised breakaway state of Transnistria, are top of Group D with six points, after beating Shakhtar Donetsk 2-0 in their opening game.

Before kick-off the club had a mere 6,000 followers on Twitter, contrasting with Real’s army of over 38 million on the social media platform.

Jasur Jakhshibaev headed the Moldovan side into the lead in the 25th minute, but Los Blancos were level through a second-half penalty from Karim Benzema, given following a VAR review.

The visitors, snatched all three points with just a minute left when Thill on loan from Luxembourg top flight three times champions Progrès Niederkorn drove the ball into the top corner from 20 yards to leave the Bernabeu in stunned silence.

The home side dominated every facet of the game, Real had 31 shots on goal and 11 on target while keeping 76 per cent of possession and winning 13 corners; the Moldovan side had only four attempts, scoring two of their three shots on target and failing to win a single corner.

Sheriff captain Frank Castaneda said victory was a “dream come true” and that they are focused on reaching the knockout stage.

“We are dreaming of getting into the last 16 and that’s our objective,” he said.

“Everything went well for them while everything we did turned out badly,” Real manager Carlo Ancelotti told reporters after his side’s first defeat of the season.

“The small details cost us the game and we should learn from that in the future. But this was a defeat we did not deserve.”