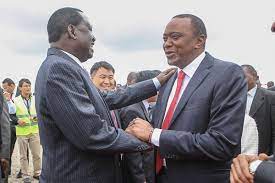 Uhuru Endorses Raila to Succeed Him as President, Ignores His Deputy William Ruto

President Uhuru Kenyatta has given his blessings to former Prime Minister Raila Odinga to succeed him as the country’s next Head of State.

Kenyatta now says he will leave his government in the hands of the Orange Democratic Movement (ODM) leader.

This is the first time President Uhuru was publicly telling his community that the ODM leader was his preferred successor.

The President has been hinting at backing the ODM leader without mentioning it directly.

At the Sagana III meeting, Uhuru was bold in saying that Raila was the best fit not only for the Mt Kenya region but Kenya at large.

While addressing delegates of the Mt Kenya region, Uhuru urged his community to back Raila’s bid saying he has the best interests for the country.

While addressing thousands of residents from Mt Kenya region at Sagana State Lodge in Nyeri, the Head of State said he will leave Odinga with Ksh13 trillion economy. 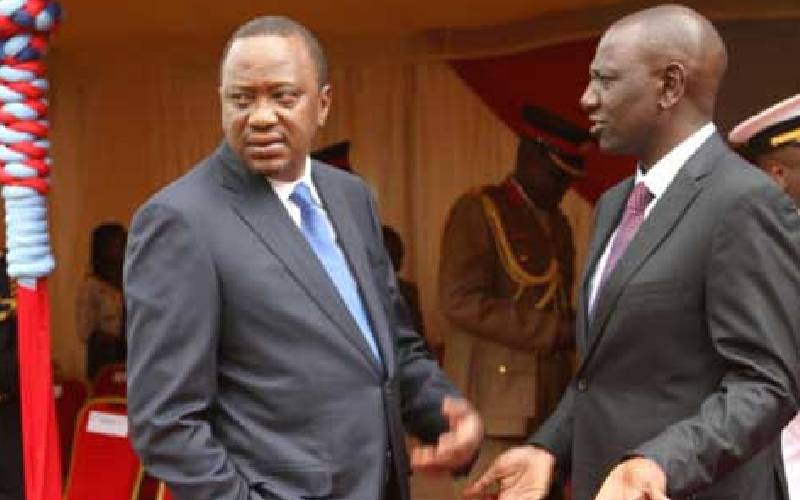 In a scathing statement that was seemingly directed to his Deputy William Ruto, President Kenyatta accused him of failing to support his government agenda.

Instead, President Kenyatta said his deputy has been crisscrossing the country lying to Kenyans about failures of the government he is serving.

The President in an apparent reference to the Deputy President said he will have no problem supporting him in future if he reforms.

“I’m asking you to support Raila Odinga as he means well for the Country. When “my young man reforms”, we will consider him,” Uhuru said.