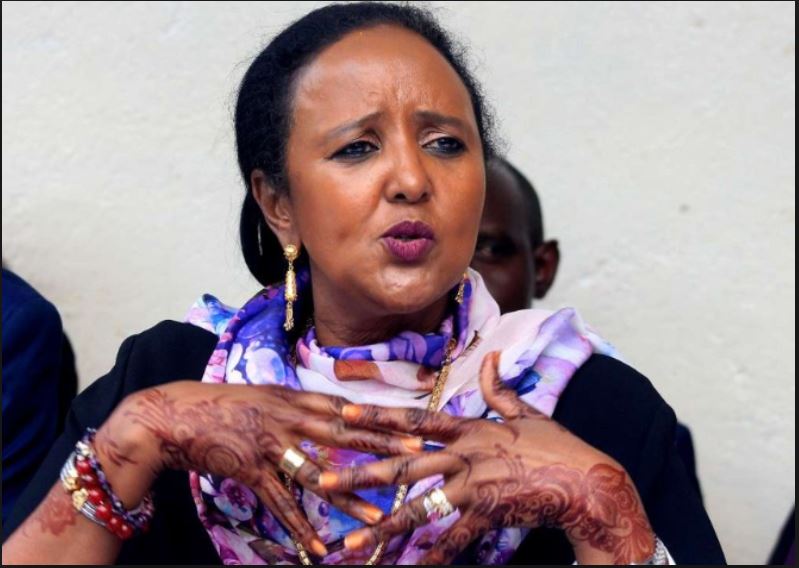 This past week, I and other football fans around the borders of our beloved nation Kenya learnt of an imminent audit on football Kenya federation by cabinet secretary for sports Amina Mohammed.

Apart from Amina’s out of the blue directive we also learnt of an even more serious imminence on the waiting. Our remaining national stadium, our beloved Nyayo national stadium, is set to be banned by Caf from hosting international matches.

A close follower of the sporting activities in the country, or at least a frequenter at Nyayo stadium will tell you that such a move by Caf is all but warranted.

You’ll wonder why am saying this yet over ksh 1b has been used in the renovation of the stadium.

Going by local standards, the stadium is good for the likes of Talanta FC or Kenya police or even Vihiga bullets to use. Ironically the ministry has not allowed local clubs to use the stadium. So should it be banned , Nyayo stadium as expensive as it might have cost the Kenyan tax payer, it will remain to be training and playing ground for bunge FC. The only team apart from harambee stars and starlets who the ministry have allowed usage of.

But according to CAF the likes of Carthage eagles of Tunisia, the black eagles of Nigeria or even the teranga of senegal not to mention the likes of the kingly Pharaohs of Egypt are not supposed to set foot in Nyayo national Stadium.

Amina Mohammed knows this, and has known this all this while. She didn’t need a caf stadium evaluator to come tell her this.

Just a few weeks ago, we as country endured humiliation during the cecafa women champions league qualification tournament where one match between Ethiopia CBE and Uganda’s Lady Doves had to be played in darkness. Reason being?? A whole over one billion shillings used but no floodlights fitted in the stadium. The stadium also surprisingly lacks a score board.

The lack of lighting at the cecafa event, bringing light on just how Amina and her ministry have slept on their job.

Among other reasons on why an imminent Caf ban is smelling is the fact that, even after the much hyped expensive and long renovations, Nyayo stadium has no seats fitted at the VIP section and lounges.

Additionally, the stadium has no media tribune. No place for camera 1 and 2 (those in production knows what am talking about). The medical room is not equipped, (why have it then?)

For all these reasons, that’s why I think Amina’s move to direct an audit on the federation is ill timed, given the bigger picture- the CAF ban. I mean if she feels there’s some misappropriation at the federation why wait until a caf official gets here for her to act.

Non the less, Amina has no moral right or obligation to audit fkf, for starters she doesn’t fund the federation. The ksh 100M the federation gets yearly comes from FIFA and it is they who are morally obligated, in case they feel something isn’t right, to institute an audit. Amina’s move could be perceived by the international body as being meddlesome. We all know what FIFA does when they feel a government is meddling in the football affairs of a federation (a FIFA ban)

Amina wants to audit funds that she didn’t provide, trying to deflect and divert from the real danger staring at Kenya football in the face. If we get the CAF ban it is solely the responsibility of the government through the ministry of sports and not the federation. The federation is not and was not responsible for the construction or is it renovation of the below international standards bumpy surfaced Nyayo stadium. And zero shillings from FIFA allocations is aimed for such undertakings.

Moi sports centre Kasarani was banned by Fifa and Caf a while back for falling short of the required minimum international standards. Lack of medical rooms, media center, substandard changing rooms, floodlights and pitch being among the reasons.

If Amina wants to do her audit, let her go ahead and tell us her reasons, but the very same way let her explain to us why Kenya will have to play the remaining home matches in foreign land, Uganda or Tanzania. At least I know Somali won’t allow us.

Kevin Otieno is a sports editor at Intouch Media Plus