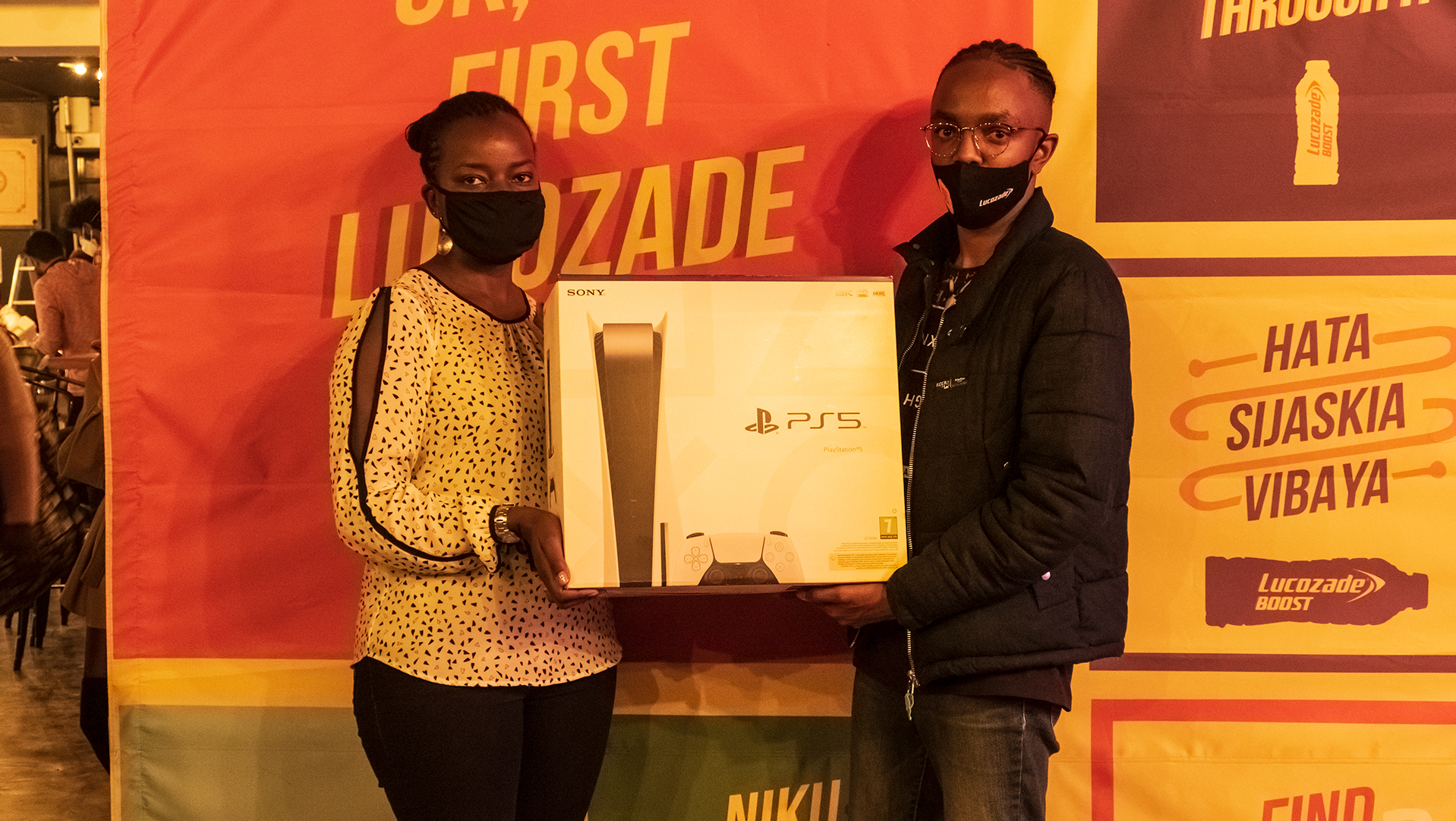 This is the first E-sport competition for, the 21-year-old avid-gamer who is currently pursuing a degree at USIU – Africa studying Bachelor of Arts, Animation, Interactive Technology, Video Graphics and Special Effects.

Merigi beat 10 contestants after an intensely competitive game of Fortnight Battle Royale that was held at the Bao Box, Nairobi.

This finale was a culmination of a month of knockout virtual rounds that saw over 600 contestants of all ages competing across the country for a spot in the final eleven.

The tournament, the first of its calibre to be launched in Kenya by Lucozade was designed specifically to engage the youth and showcase the brand as a drink that provides mental alertness for the youthful players within Esports an ever-growing popular segment.

Speaking at the prize-giving he enthusiastically noted “I am thrilled to have conquered the tournament. I had stiff competition from my fellow finalist, but I had tactics that enabled me to be victorious. I want to hone my skills by competing in more tournaments and create an awareness of E-Sports and the growth of it as a career path for our youth.” said Merigi.

Merigi wants to pursue a career in visual arts and E-sport.

During the grand finale, the contestants battled each other across several intense rounds through tactical play and strategy. A display of ingenuity and resourcefulness was witnessed. Amongst the final eleven contenders were a selection of under18’s including 9-year-old gamer ttvitsmickey (Michael Gitau) and fan favourite 17-year-old gamer Vlotix (Jonathan Ayieko).

Wanjiru Njenga, Head of Marketing, Suntory Beverage & Food notes, “We have seen great skill, dedication and passion from so many contestants throughout this league. It has been especially exciting to see under18’s competing at this level with the encouragement of their families. As a brand, Lucozade recognizes that e-sport is the future and we want to encourage and provide a safe platform for youth to develop their mental alertness in this space. This was a first for us in Africa and we plan to continue taking this further”.

Covid19 has accelerated the popularity of online gaming locally. Over the past 12 months, gaming downloads increased by 55% placing Kenya as the FIFTH country worldwide for the fastest gaming downloads behind India and Nigeria. Interestingly 72% of Kenyans are casual gamers, with the majority being women aged 18-34. Whilst 7% are frequent gamers made up of men.

With this increase in numbers but also the diversity of the player, Lucozade believed the time was right for an inclusive gaming league championship. The brand champions positive mental and physical energy giving contestants the essential ‘Energy To Get Through It’ when the stakes are high during any real life or virtual battle.

The event and game were live-streamed for fans across the country on the official Lucozade YouTube channel.