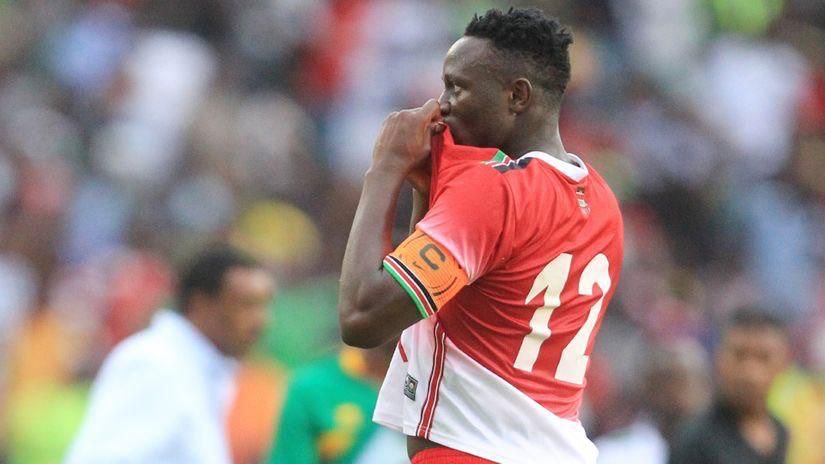 WANYAMA: ‘I have lived my dream’ , says big Vic as he retires.

Victor ‘Mugubi’ Wanyama has retired from international football. The CF Montreal midfielder confirmed this through his online platforms saying he feels fortunate to have lived his national team dream and it was time to create space for the next generation to also make and leave a mark in the national team colors.

‘With a great deal of pride, I can say that I have been fortunate to live my dream! These past 14 years have gone beyond what I ever thought possible’, read Victor’s statement

“But all good things must come to an end eventually, and the time has come to hand over the team to the next generation so that they too can make their mark and help our country reach even greater heights.

Making his national debut in May 2007, the muthurwa born and bred star went on to have an illustrious career with the national team, captaining Kenya in the 2019 African Cup of nations, finishing third in the group stage behind eventual finalists Senegal and Algeria

The 30 yr old lion of Muthurwa who made a name for himself playing at Celtic, and later on at Tottenham hot-spurs,has scored seven goals for the national team in 64 outings.

His omission from the recent national team squad call ups for the world cup qualifier matches against Uganda and Mali could perhaps be seen as a catalyst to his untimely retirement decision, Ghost Mulei deeming his presence not as integral in his game plan.(Jacob Ghost Mulei has since been replaced as the national team’s head coach)

Victor last featured for Kenya’s national team in November 2020 away in Comoros where Kenya fell to the hosts 2-1.

FKF through its C.E.O, Barry Otieno expressed its gratitude to the former celtic star’s contribution to the national team, wished him well and hoped for his contribution to Kenyan football even off the field

‘The federation remains cognizant of Victor’s contribution to Kenyan football and believes the
country will continue to benefit from his leadership and experience in the future. The door will
always be open for Victor to contribute to the development of the game and the national team’, read Barry’s statement