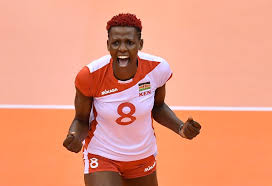 Kenya Commercial Bank (KCB) volleyball Club right attacker Sharon Chepchumba has been named the LG SJAK Sports Personality of the Month of May.

The go-getting KCB and national women’s volleyball team superstar achieved the feat after she was voted the Most Valuable Player at last month’s CAVB African Women Club Championships in Kelibia, Tunisia.

Chumba was peerless in the Bankers 3-1 victory over title holders Al Ahly of Egypt in a pulsating final which treated fans to some exhilarating displays of volleyball artistry.

Chumba beat a strong field of nominees including double Deaflympics (5,000m and 10,000m) gold medalist Simon Kibai, Deaf golfer Isaac Makokha who became the first ever Kenyan golfer to win a medal at the Summer Deaflympics in Caxius do Sul., Brazil.

Makokha won a bronze medal in his historic feat.

Other nominee was Strathmore Leos  player Brunson Madigu who was the MVP at the Kabeberi 7s.

In winning the coveted monthly award, ‘Chumba’ as she is amiably referred to in volleyball circles took home a personalized trophy and an LG refrigerator worth Ksh 100,000. 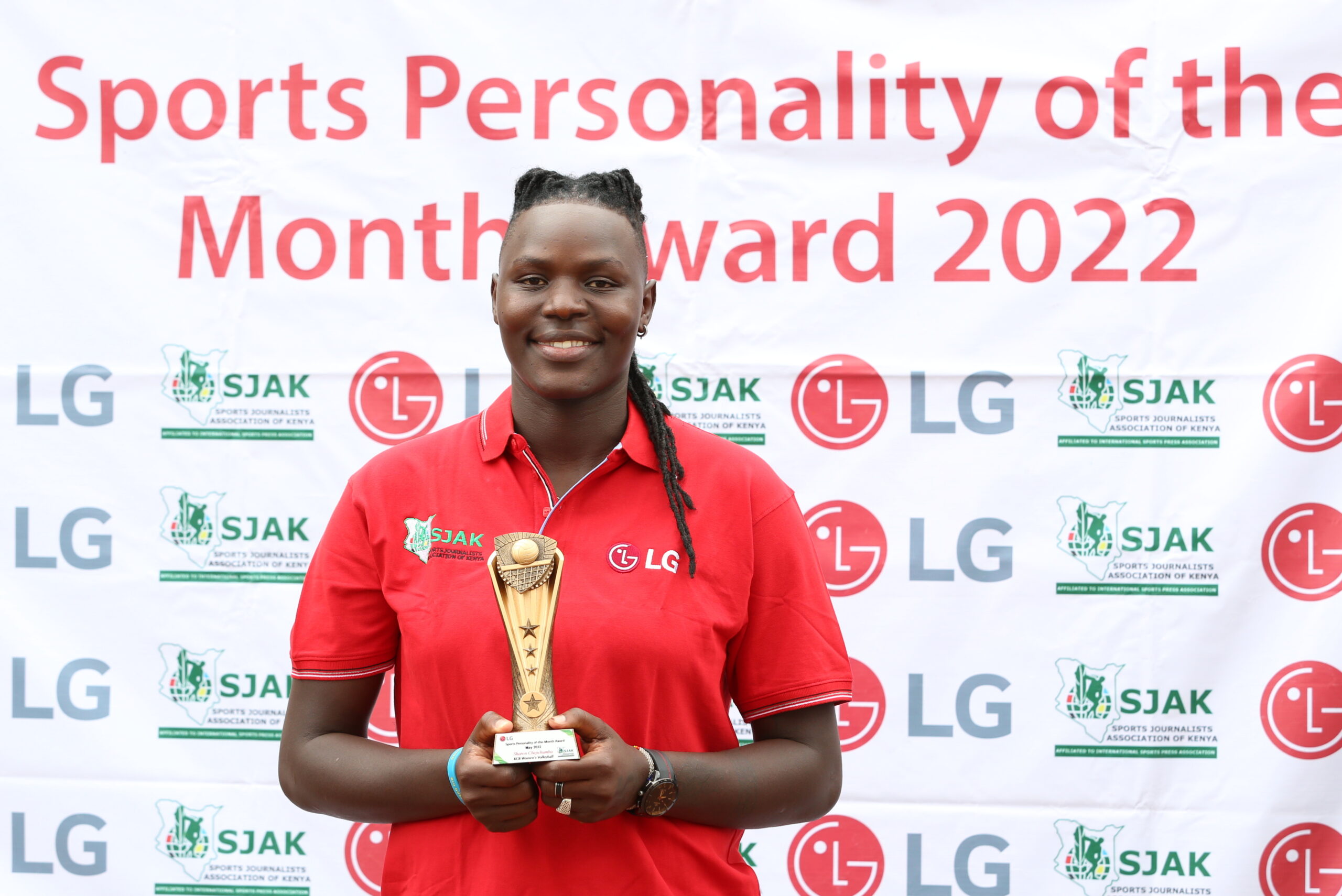 Malkia strikers and KCB opposite attacker Sharon Chepchumba after being named the LG SJAK Sports Personality of the Month for May 2022 at Nyayo stadium on June 20th, 2022

Speaking at the Nyayo National Stadium volleyball court on Monday, June 20th, 2022 morning, Chepchumba said the award will motivate her to winning more titles, staring with the World Championships in September 23 to October 15.

“Winning this award means a lot to me because I have had a challenging season due to injury, this motivates me more even as we head to the World Championships to help my national team win. This is the first time I have owned this type of a fridge,” Chepchumba said.

“I thank LG for this acknowledgment and SJAK as well for monitoring our work. I usually see other sports disciplines awarded on TV, I am grateful that it has come to be a reality,” she added.

LG Corporates Communication Manager, Maureen Kemunto said; “it is a good exposure for LG to diversify to volleyball, this being the first award in the sports discipline. We hope this award is a motivation to other volleyball players that can be recipents in the future.”

“For 8 years LG has demonstrated their support for sports, both on and off the pitch. And together we share an ambition of creating opportunities at all levels and ensuring every aspiring athlete enjoys an enabling environment. We look forward to further developing our relationship over the coming years.”