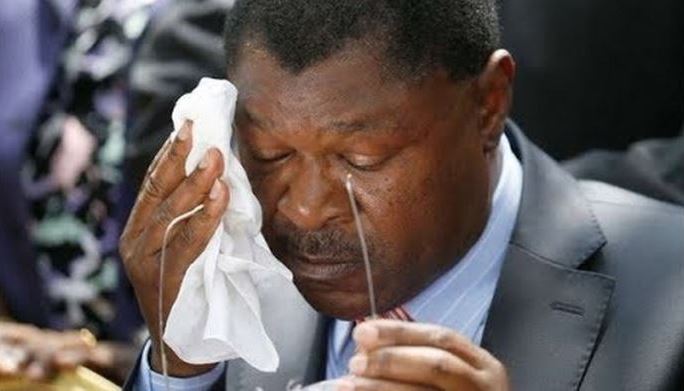 Voting got underway in Bungoma on Thursday, December 8th, 2022 in a by-election to replace the National Assembly Speaker Moses Wetang’ula as the county’s Senator.

On Tuesday, December 6th, 2022 the candidates made their final pitches to the electorate with each saying they are best suited to replace Mr Wetang’ula.

At around 6:40 am, Speaker Wetang’ula arrived at Namakhele primary school in Kabuchai constituency to cast his vote.

Former Kanduyi MP Wafula Wamunyinyi of the former Defence Cabinet Secretary (CS) led Democratic Action Party of Kenya (DAP-K) an affiliate of Azimio is banking on his experience having represented the constituency for three terms to win the support of 559,850 voters.

The other aspirants in the race are Elias Barasa of People’s Empowerment Party and Enock Opara, Julius Masinde and Radon Munoko who are independent candidates.

Opinion polls have placed Mabonga, Wakoli and Wamunyinyi as front runners in the race to succeed Wetang’ula.

Dr Busolo claimed that pollsters could be misleading the voters and that the people should expect a surprise during announcement of the results.

“The pollsters and media are projecting it as a three-horse race but we have talked to be people and feel that they are indeed tired of the ‘three horses’ as they are old faces who have either served disgracefully or belong to the apathy that has tortured the people of Bungoma,” he said.

The IEBC county boss Grace Rono assured the electorate and candidates of a free and fair election.

Rono noted that the county tallying centre will be at Mabanga Agricultural Training Centre while there are 1,373 polling stations.