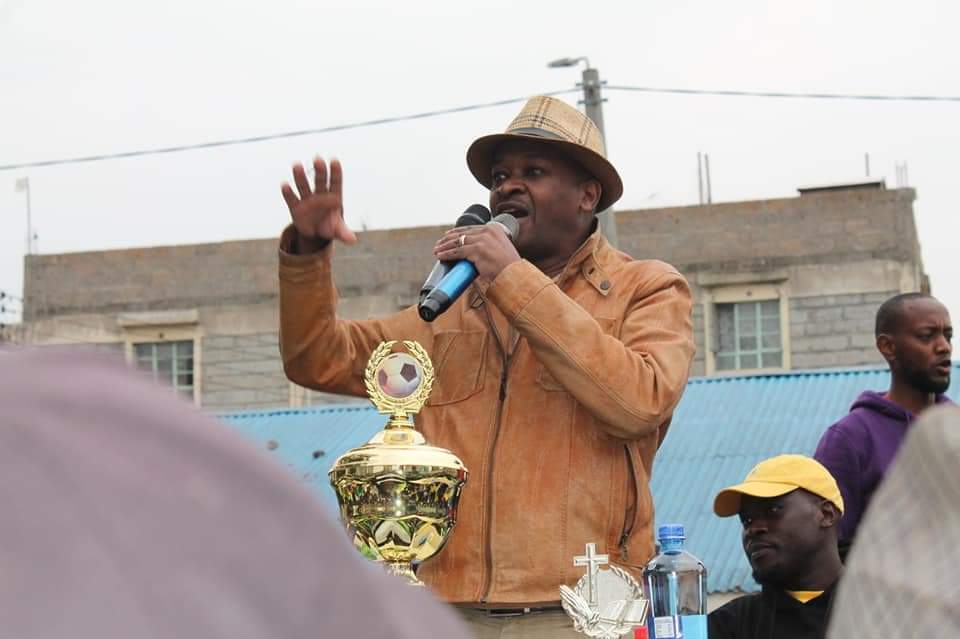 Nairobi, Saturday 7th July, 2022: The Makadara Constituency United Democratic Alliance (UDA) MP candidate Anthony Waithaka has said that he will work together with the local leaders in the area to promote sports and talent development at the grassroot level.

Speaking today when he graced the Patrick Macharia “Pato Daktari” football tournament at Hamza, Santiago grounds, Waithaka, popularly known as ‘Anto’ Makadara 1 said that this will enable the youth earn from their sporting, arts and entertainment talents.

Waithaka said that he will take it as his responsibility and resolve to ensure the youth in Makadara reap from talent promising to police public amenities.

“I commit to protect the open spaces meant for playing fields, Markets and health centers in Makadara,” Waithaka said.

Waithaka gave hope to the over 50 football teams in the sports rich constituency noting that under his leadership, they will reap big.

“I commit to pay affiliation and registration fees for all football clubs in Makadara and facilitate them to foot transport money to help them honour matches,” he added.